The postitive aspects of Coronation Street 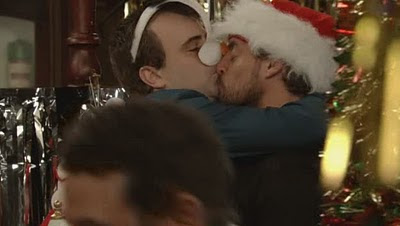 Coronation Street evokes strong feelings in it's fans. The show has been around for 50 years and for the most part, has been brilliant even when it's not been about a big dramatic story. These days it seems more about sensational stuff than every day stuff but they've pretty much got to do more of it to keep the increasingly fickle audience. People have so much more choice as to what to watch and the stakes are higher these days.

I know there's been a huge amount of negative reaction to recent storylines and a lot of people are saying that Coronation Street is barely worth watching anymore. I would disagree. Although I can be critical of the show, of plot holes, of dull or ill-thought out storylines, overall I still think Coronation Street is the best thing on tv and I wouldn't consider ceasing to watch, not in the least. If  a storyline or characters are not very interesting, I can skip over them. This too shall pass. You can't please everyone with every single storyline.

Maybe I'm just easy to please. For all the people that say Corrie is crap, they mostly stick with it because they know it can still be so good and they wait for it to get back to what they know it can be. For me, it does sometimes have periods where it's in a bit of a slump but it always comes back up again. Storylines don't always have to be sensational or dramatic but neither do they always have to be high comedy either. It's true it seems like they reuse plot lines but then, after 50 years, it must be difficult to come up with something completely new. Sometimes the best you can do is take something similar and put different aspects to it or tell it from a different point of view. What's wrong with that?

They have a really large cast and you've got to give everyone a turn so sometimes your not-favourite characters are featured and you probably won't like that storyline. My main pet peeves are when I have to assume background information, such as when Lloyd and Cheryl seemed to be a loved up couple when there really wasn't any warning or discussion between them to stop being just friends/roomies. Someone suggested that when he thought she was trapped in the Joinery in the crash, and got out safely, they realized their feelings for each other. That's probably true but there was nothing on screen about it before they were snogging and giggling together. I hate it when I double take and say "Wait... What???"

Plot holes do annoy me (see above) but it's the nature of the beast. Sometimes they have to speed up a storyline for various reasons. Hearing Vicky Binns speak here in Halifax the other night, she said that the affair between she and Kevin was meant to work up over a lot longer, starting from friends and seeing them get closer etc. But the storyline leaked and the decision was made to jump right into it since it was already out in the media. I think that probably happens a lot and forces their hand. She said they know there are leaks but they never really know who or how they get out. 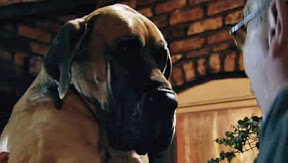 Anyway, I just wanted to defend the show. I'm still enjoying it in spite of finding one or two storylines disappointing. There are others that provide the interest while waiting for the ones i don't like to finish.  There are always little moments where you laugh out loud and moments that echo your own every day life and conversations with friends that you find yourself nodding at the screen.

I do think it may be trying to find it's feet again and keep up to the high of the anniversary peak. Maybe they're trying a bit too hard but I also don't think it's as bad as a lot of people see it. They are certainly allowed to have their own opinions if they aren't enjoying the show but I wanted to put a little positivity out there, too. I love the characters and the actors playing them.
Posted by Tvor at 08:40

Well said. I tend to agree with the general sentiment of this post. Corrie goes through its ups and downs, but that's inevitable of any show. It can be frustrating at times, ditto. But what's so rewarding about a soap as rich as this one is that if you stick with it over a period of time, the good always eventually outweighs the bad. Even in the worst-conceived or executed storylines there is always something to appreciate.

Could it be stronger right now? Yes. Am I worried about that? No. I'm still enjoying the ride as much as ever.

That is always my view, too. Sometimes it's a hard slog but it always gets better and i'd never threaten to quit watching. I also tend not always to hate storylines that others seem to find ridiculous. While the Jim robbery thing was out of character i did not find it ludicrous or other such sentiment like many seemed to.

Yeah, I could see what they were aiming for with Jim's robbery. The pacing and execution let it down, as did the fact that it came across as just another sensationalist storyline amid the crowd (sensationalism is a problem that is endemic in TV in general these days, Corrie isn't alone there). But I could see what they were aiming for. I do think that pacing is a problem for the show in general at the moment - a lot of their big storylines become very rushed right at the end, which ruins the flow. But I don't watch TV for plots (although I do like it when the plot holds together and makes some kind of sense). I watch TV for the characters, and as long as I feel I can understand the perspective and motivation of each character (whether I like them as an individual or not, because you don't have to like a character as a person to appreciate their role in a show) then I'm happy.

That's my big problem with the Tina-Graeme-Xin storyline. The character motivations don't hold water. My gut reaction is 'but s/he just wouldn't do that', and there it all falls down. But even there, most of the performances have been pretty solid and sympathetic, even if the story doesn't make sense.

I do understand why so many folk are dissatisfied. And some episodes certainly don't engage my interest the way others do. But taken as a whole, I'm quite satisfied with the show at present - it could be better, sure, but it could also be a hell of a lot worse.

I do agree with you on the scam wedding storyline. It doesn't ring true for me. If we'd known Xin for longer and got to know her better, it might have made more sense but she appeared right out of nowhere. I expect that, since they went through with the wedding, Graeme will fall in love with Xin who already seems to have feelings for him and they'll go off together.

Yes, it could be a lot worse. I think the media making such a big deal out of the "gripping and dramatic" storylines contributes to blowing it all up out of proportion.

Well, it is late November 2011 and it has gotten worse.
A true dearth of endearing characters and messing with previously dependable folks, e.g., Eileen stealing 10k,
Jim thinking a simple cap is a disguise + being stupid enough to not only rob a bank (wearing said cap) but taking a sawed off shot gun with him.
I wonder if the current writers have any historical perspective re: the show and characters.