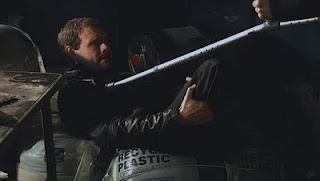 Secrets blew out, as they always do. Peter found out about Leanne and Nick's affair and humiliated her at the altar of their vow renewal. But they're still married (or are they? Peter married Leanne on his deathbed, did he sign any wedding licenses or owt? Maybe they did that after he recovered.) As revenges go, it was a pretty good one, don't you think? Humiliate your wife at the altar and go after the other man with an iron bar in the location where he saved your life. Can't blame Peter for lashing out, emotionally and literally. Let's face it, wouldn't you?

You're struggling to stay sober, your fiancee is having an affair with her ex husband, you nearly die and marry her on what could be your deathbed with everyone close to you knowing about the affair. Then the other man, in a desperate attempt at getting your wife back uses your physical and emotional vulnerability while you're recovering from your injuries and tricks you into drinking again. By 'eck I'd have gone for the jugular, too!

I never expected them to break up completely. Some of that is skepticism because neither Jane Danson nor Chris Gascoyne was leaving the show but they're a love story and they really are meant to be together. They can't be happy ever after because soap marraiges and relationships rarely are but they're a lovely little family unit and they really work together. Plus, it gives me the pleasure of seeing Nick scowl and mope around. Serves you right! I really agree with Ken when he said Nick took advantage of Leanne's pre-wedding jitters and he sure took advantage of Peter's jitters during Peter's recovery. 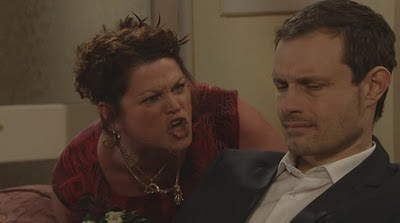 I wish Nick would just leave and I bet he wishes he had! He certainly came down off his high horse with a crash, nearly literally when Peter had his revenge. I wouldn't quite say Nick deserved it (even if I would almost think it!) I guess the best revenge is Peter and Leanne staying together right under his nose! I knew Nick got the insurance money paid out but there was no mention of him rebuilding and then all of a sudden, the bar *is* being rebuilt but Nick is still whining about losing his business along with the love of his life. Um. No. Business is being rebuilt. Sloppy writing, folks!

Sophie is really heading for a fall, quite literally if you've read the spoilers. It kind of makes sense that she'd be off the rails. The Crash and the explosive news about the Webster marraige, her family being blown to bits and the constant warring around her, it's no wonder she withdrew, lost interest in school and now doesn't know what she wants to do with her life. It's pretty realistic and her relationship with Sian is suffering too because of it. Also realistic. Sally and Kevin were too preoccupied with their own battles to take any notice, but then they never did with Sophie did they? Rosie demanded all their attention and got it.

Over and over I shout at the telly... Fiz... Chesney wants to contribute!!! Let him pay his way for heavens' sake!!! I understand her not wanting to put a burden on the lad but he's not in school and he's making good money on the stall. He *should* be paying something towards the bills, he wants to and you should let him! 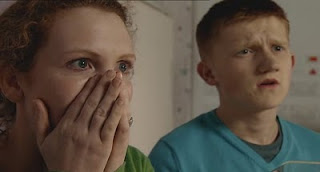 Having said that, poor kid, Fiz...She really does have the weight of the world on her shoulders. As far as money goes, wouldn't she be on maternity leave and aren't there some sort of mat leave benefits she should be getting? John is in hospital, therefore he should be getting sick benefits, as well.  But you can see where she'd be tempted to accept Joy Fishwick's money. There isn't anyone else to leave it to but Fiz doesn't know that yet. All that business about the body under the factory still has to come out and no doubt it will. It's taking an awfully long time though.

Then all of a sudden, they all disappear off our screens! She may take the money, it looks like she has at least taken the cash if not the proceeds from the house sale, and then... nothing. No wringing of guilty hands, no gnashing of guilty teeth. Wha? Now we are seeing her around in the background and it looks like she might be back at work, possibly part time. Surely maternity leaves last longer than 2 months?

I don't really find this new storyline with Tina's friend Xin to be very interesting. It's really contrived and it's only been cooked up to facilitate the departure of Craig Gazey as Graeme, a real loss even if they've not done anything with his character since he and Tina have got together. Happy couples are usually doomed on soaps and this seems to be no different. 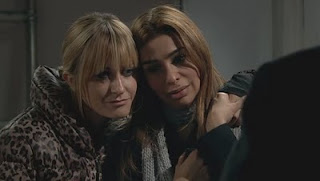 And don't get me started on all the plot holes about the Alahan's money problems. Dev forgot to post the insurance cheque on just one shop? He owns 6 shops, a doner shop, he owns a big house and a little one and a posh flat. Presumably they're all insured, did he conveniently forget to renew those as well?  As far as we know, he still owns the big house. Or if he did sell the big house, it should have been more than enough to pay for number 7 which then should be mortgage free.

Even if the other shops aren't doing well, it just doesn't make sense and don't tell me that a mere 5000 pounds is going to cure all his problems because that won't even stock the shelves in the shop let alone pay for the work. And why on earth would he ask Steve for a loan? Couldn't he go to his family or Sunita's? Call it an investment! It's all so contrived, just so that the truth about Becky stealing the cash can come out.  I can't stand watching Dev snivel!
Posted by Tvor at 10:05