What did i miss? 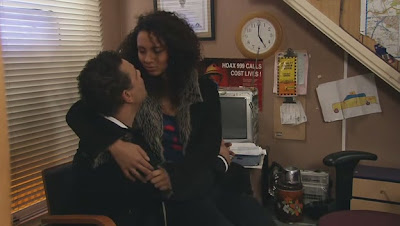 If there's one thing that bugs me about long running tv shows is the occasional lapse in writing. Ok, there's a lot of things that bug me and this is just one of them. But I particularly hate when the writing is sloppy and you find yourself thinking "when did that happen?" or "Whatever happened to that storyline?"

This week, Gail mentioned that Nick was so involved in rebuilding the bar and suddenly decided to go to Italy.  Rebuilding the bar?? Wha??? I missed that. I know he was dealing with the insurance company and said he'd get the money paid out but I don't recall him talking about rebuilding it. I know the viaduct itself would have to be rebuilt but the city of Weatherfield or the transport company would be responsible for that. No word about him checking blueprints or having meetings with Owen about costs. It just seemed to come out of nowhere.

Another incident is the lovey dovey-ness of Cheryl and Lloyd. As far as I knew, she had decided she would only be mates with him. She was going to move out but he persuaded her to stay but he went around moping about their "breakup" afterwards. So when did they become a proper couple? It just seemed to be a fact one day. They hadn't been seen on screen for awhile and when they reappeared, they were together.

The last issue is the disappearance of the storyline about David's epilepsy. He made a few self deprecating jokes about having fits and after the final court appearance where the charges were dropped, aside from one or two more bitter comments, it's been nowhere to be seen or heard. Nothing about how he is managing to cope with it or getting the drug dosage just right. No Gail worrying about him. What's going on? He won't be cured and it wasn't a ruse to get out of the charges.

I hate when Corrie writers do that. It feels sloppy. It feels like none of them know what the other one is doing. Perhaps they don't but they do know the general storyline and write what they are told to. Do they think nobody notices? Because i can assure them that most of us fans definitely do.

Now, I admit, sometimes there's a throwaway line that fills in the holes and I've missed it. But when a couple finally does get back together, it would be nice to have an actual scene about it. And If there was a mention about Nick rebuilding the bar before this week, it must have been pretty subtle. He's certainly not been seen doing anything remotely related to it, being too busy making cow eyes at Leanne and working at the betting shop.

I'm with you on the Cheryl / Lloyd thing. They were going to break and Cheryl was leaving, but Lloyd said no please stay here as a mate. Now they're all loved up and Lloyd is acting like a father to Russ. Thought I'd missed an episode or something. What about when they decorated The Rovers Then changed the wallpaper again without mentioning it!! Steve, Lancashire.