Is Eileen the new Vera? 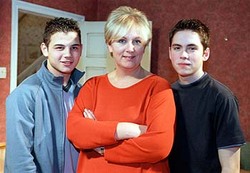 After reading some of the comments on this post on t'other blog, I got thinking about Eileen a bit more.

Nurse Florence Ganderpoke remarked that Eileen could be both nasty and nice, which is very true. What suddenly struck me was that there are some similarities between her personality and that of Vera Duckworth. You might not think so initially. After all her life has been very different to Vera's.

Eileen has two sons that she would defend to the death but she also isn't blind to their shortcomings. Vera always seemed to be in denial about Terry's bad side most of the time. But like Vera, Eileen has played housemother to various lodgers, generously opening her home to them. Vera took in Curly and also, later on, Tyrone and Sean has been a mainstay in Eileen's house for years. Eileen has also taken in other waifs and strays, usually girlfriends of Jason's and the occasional boyfriend of Sean's.

Eileen has a generous side, too. But she can also be bitter and grumpy, and yes, nasty. Vera was much the same way. She could insult a friend and neighbour as quickly as blink at them, she could turn on someone she'd previously been close to, and she'd quickly lash out in self defence. Yet Vera had a lot of sympathy in her heart for people that deserved it. I recall when she encountered Steve on the street just after Karen had a miscarraige and then went off the deep end at Tracy and she gathered him in her arms for a hug when he told her. 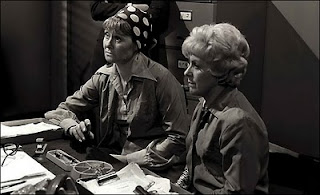 Vera and Eileen are both very loyal to the ones they love even if they criticise them, too. Eileen has been unlucky in love and Vera might say she was too but we all know she loved Jack, really, but he let her down a lot over the years just the same.

Both women are strong and every time they get knocked back, they get back up and keep on at it. Both are/were pessimistic and tended to have more of a negative outlook on life than a positive one.

Of course there are more differences than similarities, I suppose, but the nasty/nice combination struck me as very much like Vera was.
Posted by Tvor at 13:11

Interesting. Vera had a really hard edge to her at times, which Eileen lacks. Eileen can be nasty, but she's not got Vera's bottle. You wouldn't want to cross Vera, ever.

You've definitely got a point there. Eileen almost gets there but then she will invariably back down and soften. I expect it's a difference in generation too. Maybe.