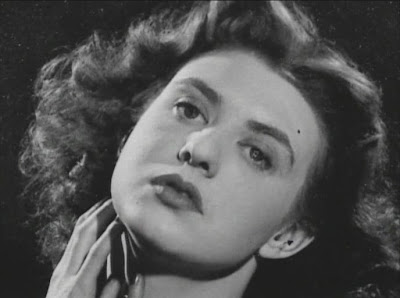 In the UK last week, there was a half hour special on Pat Phoenix who played the wonderful Elsie Tanner, one of the most iconic Coronation Street characters ever. It has been shown before, originally airing in April 2000,  but not in Canada. Thanks to the magic of YouTube, however, you can see this documentary that is chock full of interviews from coworkers and friends who knew her. It's great stuff to see old photos and interview footage of Pat and to hear what she was really like. This photo is from her pre-Corrie days when she was acting in reperatory theatre around England. No wonder she was able to instill that air of glamour in Elsie!
Part 1
Part 2
Part 3

Cross posted to the Bluenose Corrie blog and the Coronation Street Blog
Posted by Tvor at 19:09