The Big Week, The Big Reveal 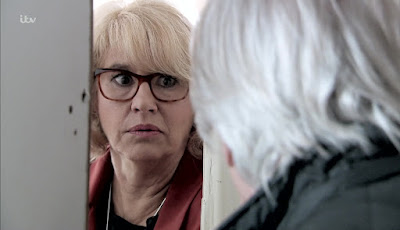 Wow! ITV really pulled out all the stops this week, didn't they? There were a few smaller fill-in storylines but mostly it was one major surprise after another. Big things were revealed, one or two which were superbly timed.

First we had Ken remembering Daniel was his assailant. The viewer knew by the end of last week and watched as Daniel quickly fell apart, guilt, pain, long held damage and resentment, it was all there as he attacked his father but wait, the door opens, that bookcase blocking the way shudders as someone tries to push through...just as Ken is accusing Daniel of killing his mother, his mother shows up on the other side of the door! I knew Denise would be back in the show but I had no idea it would be just then. Excellent stuff! Now to find out why she left and why she stayed away. A breakdown? That lasted for 6 years? And she had no friends at all in the  world she could send to check up on him? 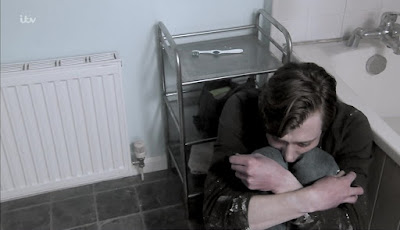 Denise's reveal was that she'd had a breakdown and stayed away because she thought he'd be better off without her and still believes it. If she could see throught he walls of that bathroom to see her son trying to cut himself, scald his hands and shake and cry in a little heap in the corner, maybe she'd rethink that statement. *I* wanted to smack her for that. Daniel was about to have that discussion with his mother when he finally came out but the police showed up. Sinead had found the bloody book and oh too familiar inscription and the penny dropped there, too. But in the end, it was her that called the police.

Daniel turns himself in. I wonder if he could claim temporary insanity because he certainly is a damaged boy, no thanks to his mother. The detective is  practically spitting coins because Ken won't press charges. I didn't expect he would so that wasn't a surprise. Now the way forward is to find a way to help him. I think this was my favourite of the big stories this week, because I've been following it with great interest from the first, spellbound especially by Rob Mallard's performances. 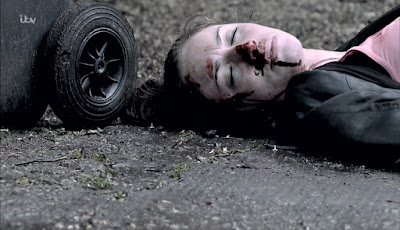 Next up, Craig inadvertently revealed to Shona exactly who Bethany's boyfriend really is. Nathan was the ex that Shona was running from at Christmas, the ex that she has told people abused her, with at least one burn scar to prove it. When she confronted Nathan, she got away but was attacked and left for dead. Craig proves yet again to be the hero and rescues her, just days after helping a lost Bethany.

Nathan is feeding Bethany drugged drinks, just enough to keep her pliant but she kicked off so he dragged her outside and wielded his control by shouting, physically burning her arm and then blaming his actions on her. Typical abuser. She'll do anything to make up to him now, convinced she caused his anger. This really is painful to watch, painful in that your heart breaks for her.  The next reveal was Shona managing to get out of the hospital to warn the Platts about what Nathan was doing with Bethany sending them running en masse to rescue her. 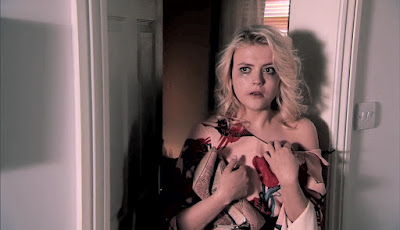 They weren't in time to prevent the 3-on-1 in the bedroom, which was quite chilling to see, those men filing into the room behind her and Mel ensuring she stayed there. I didn't expect that. It's one thing to imply that she's heading into the bedroom and has had sex with a crooked copper, it's quite another thing to put her in a Three Men and a Bethany situation, even if it is after the watershed early air time but they went there, apparently. Bethany was "rescued" though she doesn't see it that way and refuses to take against Nathan. But I wonder if, at the end of the last episode when she looked at the burn on her arm and then her engagement ring, a little flash of doubt passed her mind. Just for a brief moment. One more reveal, Shona told the police that she ran away from Nathan when she realized what Nathan was trying to do so it sounds like she wasn't used sexually after all.


The thing is, now that we know Nathan's cohort in the whole scheme is a police officer, it's going to make things more difficult to prosecute him even when he was arrested at the flat. I'm not sure where the raid came from but I suspect one of the Platts probably called them while on the way. This ongoing story has been very interesting to watch, too, even if the subject matter is difficult. This happens. It's important because it might help someone. And, again, the performances, especially by Lucy Fallon and Chris Harper as the creepy Nathan have knocked it out of the park. 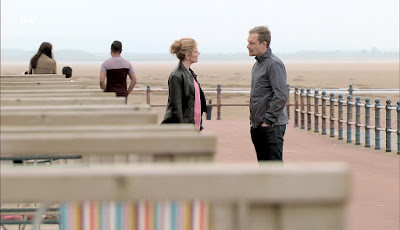 Nick's a good man with the kids, really he is. He did try to help bring them all together for Simon's sake but couldn't resist getting into it with Peter yet again, trying to prove he's the better football player. With Simon walking away in disgust, Nick's in the bad books again. When Leanne overheard that he could have provided Peter with an alibi the night his father was attacked, that was the last straw. He was willing to say nothing if it would get Peter out of their lives, not caring what the effect on Simon would be. He says he trusts Leanne but he feels like he doesn't belong. He would if he was able to accept Peter and Steve and be a decent man instead of someone that always has to have all the prizes.

His lifelong sense of entitlement is his downfall. He's always taken advantage of Leanne when she's been vulnerable, knowing she always leans on him when she's been heart broken or let down. She's continually the one that gets away, that one that keeps leaving him when he messes up, trying to be her one and only. That's what happens when one person loves more than the other, when one person's definition of love is possession and triumph. He lost her again and knew it. Peter was a bit harsh, suggesting he throw himself into the sea. He didn't really consider it but he was in the wrong place at the wrong time and nearly drowned under the quicksand. 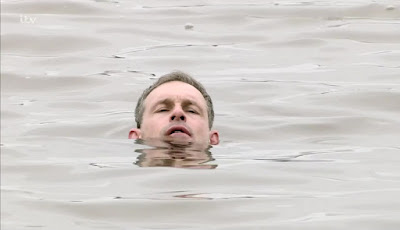 Peter was then the one that kept Nick talking, trying to make him angry enough to fight to live. It worked and Nick was rescued just in time. Acrimony aside, there was no way Peter nor Steve would ever let Nick drown if they could do anything to help or get assistance. Nick would do the same for either of them. I think. Nick says he wouldn't but I think if the situation was presented to him, he would. Don't forget that Nick saved Peter's life after the tram crash. Then again, he also lured Peter back to drinking afterwards and had been having an affair with Leanne who was engaged to Peter at the time. Peter, flawed as he is, is definitely the better man.

Previously, as far as spoilers went, it was left up in the air whether he'd survive or not. ITV was very cagey about it. They're getting a lot better and keeping some things back as surprises which is a good thing. We knew the actor was leaving, would they actually kill off Nick? I really didn't think so but it was a close call, wasn't it? Nail biting stuff. 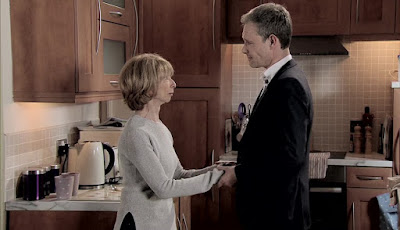 In the end, Nick gave up and walked away. Leanne was ready to stay with him after nearly losing him but she was that close to walking away before that. If he hadn't nearly died, he wouldn't have changed his attitude and even if they got through that day, it would never have gone the distance. He knows that very well. He told his mother that he didn't like the man he was turning into, and he wasn't coming back. I can't think of anyone that needs a fresh start more than Nick Tilsley and maybe he'll even manage to get Leanne out from under his skin. Will he be gone forever? Probably not. I would imagine that they will recast Nick some day and bring him back.

But for now, that's the end of Nick on our screens. At least he said goodbye to his mum! Yet another really good storyline. As much as I really dislike Nick, the chemistry between Ben Price, Jane Danson and Chris Gascoyne especially just leaps off the screen. Georgia Taylor and Jane Danson still have that sibling dynamnic, too. While it might have felt a bit out of character for Leanne and Steve to have sex in the first place, it certainly kicked off a lot of drama and a long running storyline. 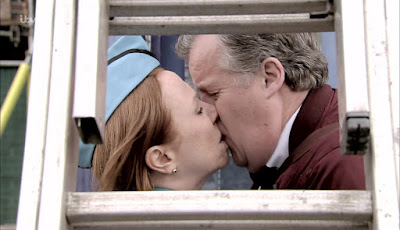 In the minor leagues, Cathy finally kisses Brian after him faffing around his superstitions for half the week. I fail to see what she sees in him. It's Anna's 50th birthday and Kevin's organized a surprise party for her with Erica's help in keeping Anna out of the house until the appointed time. Anna's still finding it difficult to get close to Kevin due to her low self esteem over her burns. Careful, luv, Kevin doesn't respond well to partners who find reasons to shy away from his advances, even if they're good ones. Just ask Sally.

What a week of Corrie! I think this was one of the best "big weeks" I have ever seen on Coronation Street.There wasn't a lot of lightness or fun, very little humour and mostly what there was of it, Brian's buffoonery and susperstition, was just annoying. I wanted to get back to the drama and there was plenty of that.

You have echoed my sentiments perfectly with everything you said. What a great week it has been for Coronation Street.