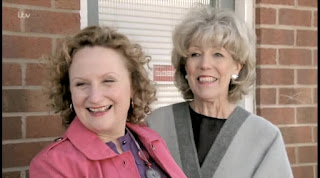 As it's the end of the month, as always, I like to look back on the storylines that particularly made an impression on me, either good or bad, along with a few other random comments.

Roy found Cathy well over a hear after Hayley died. Their friendship started slowly and bloomed into something a bit more. But mere weeks after Deirdre's death, Ken is now stepping out with a new woman. While everyone has their own experience living with grief, it's difficult for fans to accept that Ken would find a way to move on so soon. It happens, though, and more often than you realize. I think I might have been able to accept this if it had been Audrey who, inexplicably after decades, discovered that her friendly feelings for Ken have grown into something more. But the new woman in Ken's life is Nessa, Cathy's sister.

And I might even have been able to accept Nessa if the situation had developed similarly to Roy and Cathy's, with a friendship that turned into more, similar to how it looked like it might with Audrey. But Nessa relentlessly pursued Ken, knowing he was recently bereaved. It had nothing to do with extending the hand of friendship and support like Audrey was doing.

In my opinion, that's the stickler right there, the reason I dislike this pairing so much. You know how people have contempt for "ambulance chasing lawyers", or people that cash in on others' tragedies for their own gain? That's what this feels like. I know Ken was overwhelmed, reeling and very sad and lonely. I don't believe he'd have gone looking for someone just yet. I think Nessa presented herself on a plate for him and he, being lonely, accepted it.

And where's Alex, her son? What does he think of all this? I suppose he's used to his mother chasing men. Nessa impresses me as very self involved and selfish, determined to fill the hole in her own life with someone, anyone single and a vulnerable new widower seemed like just the thing. She's not even that nice. Her crack about Simon needing a good slap instead of being sympathetic rubbed me the wrong way, too. It felt like a reaction to the attention not being on her. The sooner Ken sees her for the selfish cow she is, the better. 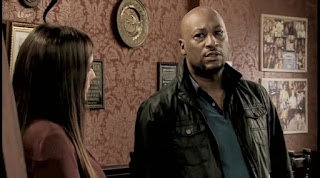 I *loved* Liz's revenge on Tony! Perfectly executed. It was a bit odd that she didn't confide in anyone but then it might have been more difficult for her to pull it off. Probably good that Steve wasn't around, too, because I wonder how much more difficult it would have been for her to stick to her plan, while seeing her son get more and more upset with Tony and Liz apparently getting back together.


There are an awful lot of Connors in the show now. The new lot had a bumpy start with clients and cheap material and there still seems to be far too many crowding into the office. Poor Alya had to move her desk out on the factory floor. They made Sally the supervisor instead of the PA but you would think with that many of them, a good PA would be exactly what they'd need. Alya is going to end up being a glorified PA instead of a manager trainee at this rate. Far too many cooks in the kitchen, if you ask me.

Then there's Kate and her fiancee. Kate came in the show all excited because she had a fiancee but now she's getting cold feet about setting a wedding date? They've only known each other 7 months and most of the contact they've had would be over the internet rather than in person. Sounds like rushing in to a committment, to me. I expect that means Caz won't be around long and they'll throw Sophie and Kate together. It might actually work, though. Sophie's been so dreary for so long, with bad choices in women since she and Sian split up. Maybe Kate is a great match. Kate's sparky and lots of fun and Sophie sure needs that in her life. 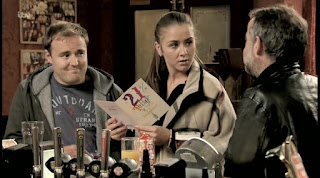 And now that Sophie is a business owner, that gives her a good future. Not sure why they have her dressing like Carla Connor now though. Hanging around a grubby garage isn't really the place for designer, or at least brand new high street clothing. And where did she get the cash for this new wardrobe? Maybe Sally funded her, to give her that business woman look. It would be just like her.


After all the angst with Simon, Leanne has finally told everyone in the family the truth and she's making an attempt to get Simon the help he's needed for months. About flaming time! That's what has been so frustrating about this whole storyline. I suppose it's realistic, though, because people in that situation don't ask for help when they should. Ken even told Peter and I notice that he didn't jump on a train immediately to come see his song like most parents would. No dialogue that said he offered to, either. One of the reasons simon's in this state in the first place. 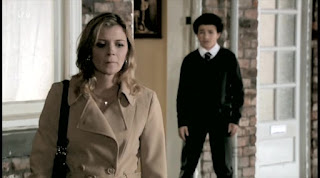 Leanne had Simon sent away to Peter for 8 weeks. I did wonder about school. Did he get school work sent to him? Did he transfer to a school there? It's one thing that Maria took Liam out of school to go to Cypress to help her mother but he's young enough that it probably isn't going to have much impact on his progress. At Simon's age, two months means missing a lot of school, the difference between passing a year and failing unless he's a genious. He's clever but I don't see him as a top of the class kid.

I was glad when Zeedan got involved as a big brother sort of figure. That is going to be good for Simon and I hope they don't forget that aspect. What Simon doesn't need is another father figure, not given the history Leanne has with doomed relationships.

Now the storyline seems to be leading to Leanne and Robert's growing close friendship. While it makes sense, they work together, it's also predictable. Leanne has a new enemy in Tracy but I found Tracy and Robert very tedious together. He's been boring and bland. I don't care how often he says he "gets" her, and how wel he says he knows her, accepts her, warts and all, he doesn't know the woman she is now. She may have had similarities to the woman he married. She was always selfish and sharp tongued but she's grown into a very dislikeable woman, manipulative, aggressive, nasty and vindictive. He's starting to see that.

I think Tracy, like Liz, works better with a bit of a rogue. Nice guys do them no favours and they get bored after awhile. Tracy's clinging on to the past, reaching out to someone she was happy with at one time while she's reeling with the grief of losing her mother. 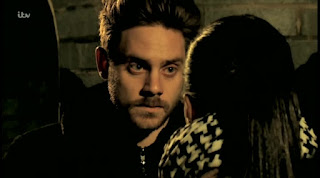 There were other storylines this month. Nice to see Steph and Luke get something to do even if it was more Luke than Steph. The blackmailing Jamie was suitably icky and pathetic. I thought Steph would have made quick work of him when she found out but she handled it very differently than I expected and it was a good way. She was shocked and hurt, dignified and she used their past against him, played on his guilt. It wasn't enough. He was desperate. She called his bluff and lost but she had him arrested and his girlfriend found out what he was like, too. Maybe this storyline will make naive women think twice about letting a partner take racy photos. You might trust someone at the time, but people break up and the internet is forever.

The Platts have had a bit of a rest, with Sarah away and Gail away some of the time. David and Kylie are still dealing with the aftermath of guilt and secrets and it's having a bad effect on their relationship. David's coping by being cold and Kylie can't get her head around his attitude. But he wasn't the one that took Callum's life, she was, and it's hard for her to deal with the guilt. There are a lot of people out there that believe Callum isn't dead, that he got out before the hole was filled. I can't see how they can leave him there forever. The truth has to come out and that may mean we'll lose Kylie. I'd hate to see that. It was self defence but the coverup is what would do her and David in.