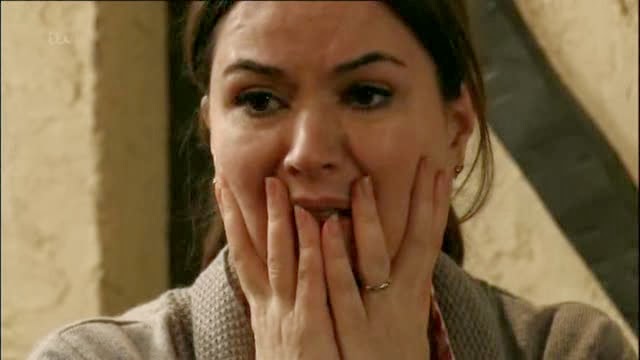 Creepfest this month with Pat Phelan sliming all over Anna every chance he gets. Does he really think Anna wants him and is just playing games or is it just him trying to convince himself? Is he really one of those men that thinks they're God's Gift to women and no woman could possibly NOT want him? And of course, since they do, he'd be glad to spread himself around. I suppose his wife is used to it. But here's the thing, even though it's his wife's name on all the contracts, he's got considerable pull and he could pull, all right, the rug right out from under the Windasses. That is, if he's alive. The month ended with him doing a face plant in the dirt after Gary thwacked him with a pipe. But, then, he did disappear and he couldn't have done that unless he managed to drag his sorry behind under his own steam. I don't think this will end well.

But having said that, isn't Pat Phelan a great bad guy? He's really got that abhorrent personality, manipulative, forceful, and he's a total ... to be blunt, asshole. The actor is doing a really good job, I must say. He's very believable.

Roy went into a tailspin after burying Hayley and disappeared for two weeks. Poor man. You know he can't stand people fussing over him and I reckon that bit of alone time was what he needed. He hasn't dealt well with Hayley's decision to end her life before nature did it for her and that's a hard thing to come to terms with. Now he's got to find a way to make a life for himself alone. Hayley sent a present from beyond the grave, some pieces to a train set and that seems to have sparked his interest, at least, and he's going to immerse himself in train tracks for awhile. Whatever gets you through the night, eh? 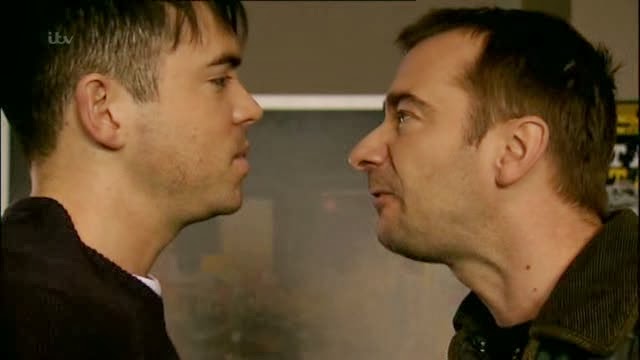 Todd has been slowly insinuating himself into Marcus' thoughts and he finally broke through. The flirting and doe-eyed smiles appealed to Marcus' lust and he gave in to his attraction to Todd. Nobody can  understand why Marcus would fall for such a manipulative toady but it happens all the time. People seem to often be attracted to the "bad boy/girl", someone that is nasty or treats them like dirt, that element of danger, sometimes. Todd isn't dangerous, not in that manner but he's certainly got Marcus' number. He felt that Marcus was with Maria more for the little family than anything else and he was determined to rise to the challenge of breaking Marcus and Maria up just because he thought he could. And it looks like it will happen.

Affairs always come out. Marcus is going to be broken all right and he's going to feel like the worst kind of fool when he realizes Todd doesn't love him, he was using him to prove a point. Maria's going to be heartbroken. She's made the wrong choice yet again. Audrey will have puddles of tears to mop up yet again.

Dev's gone into business with Kal but Kal couldn't finance his part of it and brought his father into the mix and that's going to be trouble. Kal's dad, Sharif, is a ruthless businessman in the mold of Mike Baldwin from the old days, I think. Dev is too much of a softie to stand up to him so poor old Jason got the shaft on doing the work for the gym and that's down to his father Tony. Families! Meanwhile, Tony and Liz keep making eyes across the bar. Eileen told her Tony was trouble and that only piqued Liz's interest. You know she likes them bad! (see above) 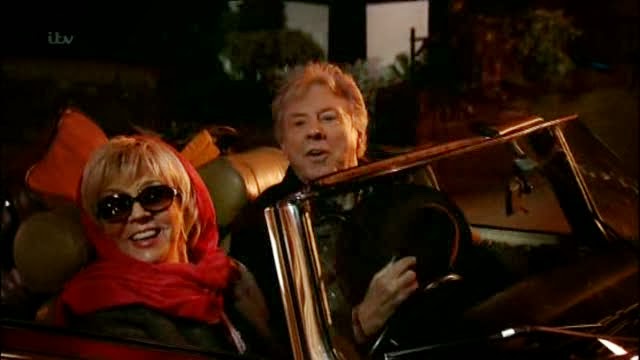 Dennis has flown the coop after a dip into the music business and an infatuation with Gloria. You can hardly blame him on that score. Rita has been treating him like a child since they married and harping and bitching at him even more since he started his music project. Why not let him do a sideline in a business he has had his fingers in many times over the years? If she'd been more supportive from the start, he might not have fallen for Gloria's charms but now, facing a long and dull future as Rita's pet behind the Kabin counter, he bolted.

There are rumours he may be back and if that's true, I hope she doesn't take him back. He doesn't deserve it, even if just for the way he left her, right out of the blue with only a wave from the car on the way past. That really was cruel and Rita didn't deserve that. 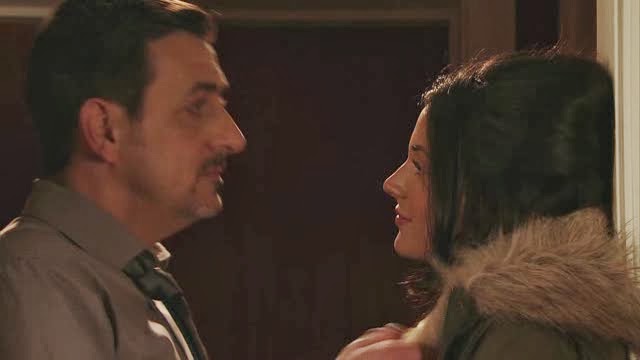 And we come to Peter and Tina. I really have noticed that they're making Peter really look his age, nearly 50. The hairline is receding and they're styling his hair to really show it off. It makes the different between he and Tina look even more pronounced and he looks more like a dirty old man as a result. He is acting like a dog, too, isn't he? He's really playing Tina, smoothly lying to both she and Carla. Tina's falling in love and thinks he is too. No, he's not. He's in lust. He's a Barlow.

I can't help feel that if Ken had been here, huffing and puffing, sighing over Peter's folly, this might not have happened. By the time Ken returns, it'll be too late. It is already, since the deed has already been done. Several times. I wonder if anyone had warned Carla, "If he runs *with* you, he'll run *on* you" because Peter is doing exactly that and I hope Leanne gets to say I Told You So.
Posted by Tvor at 13:56

Spot on as always! It doesn't make sense that the same girl who wigged out when Gary tried to kiss her would suddenly throw herself at a married man, although it's nice to see her (literally) let her hair down -- that updo she adopted when she started working at the Rovers always makes me grit my teeth when I see it. I'm also a little surprised at Marcus falling for Todd, but then I guess they were never living at Eileen's at the same time? At first I thought Marcus would regard him in a more brotherly way (like Sean does with Jason) but perhaps not.

You just can't help falling for a bad boy I guess! No, I don't think he ever lived at Eileen's the same time as Todd.