Marcus and Todd up a tree 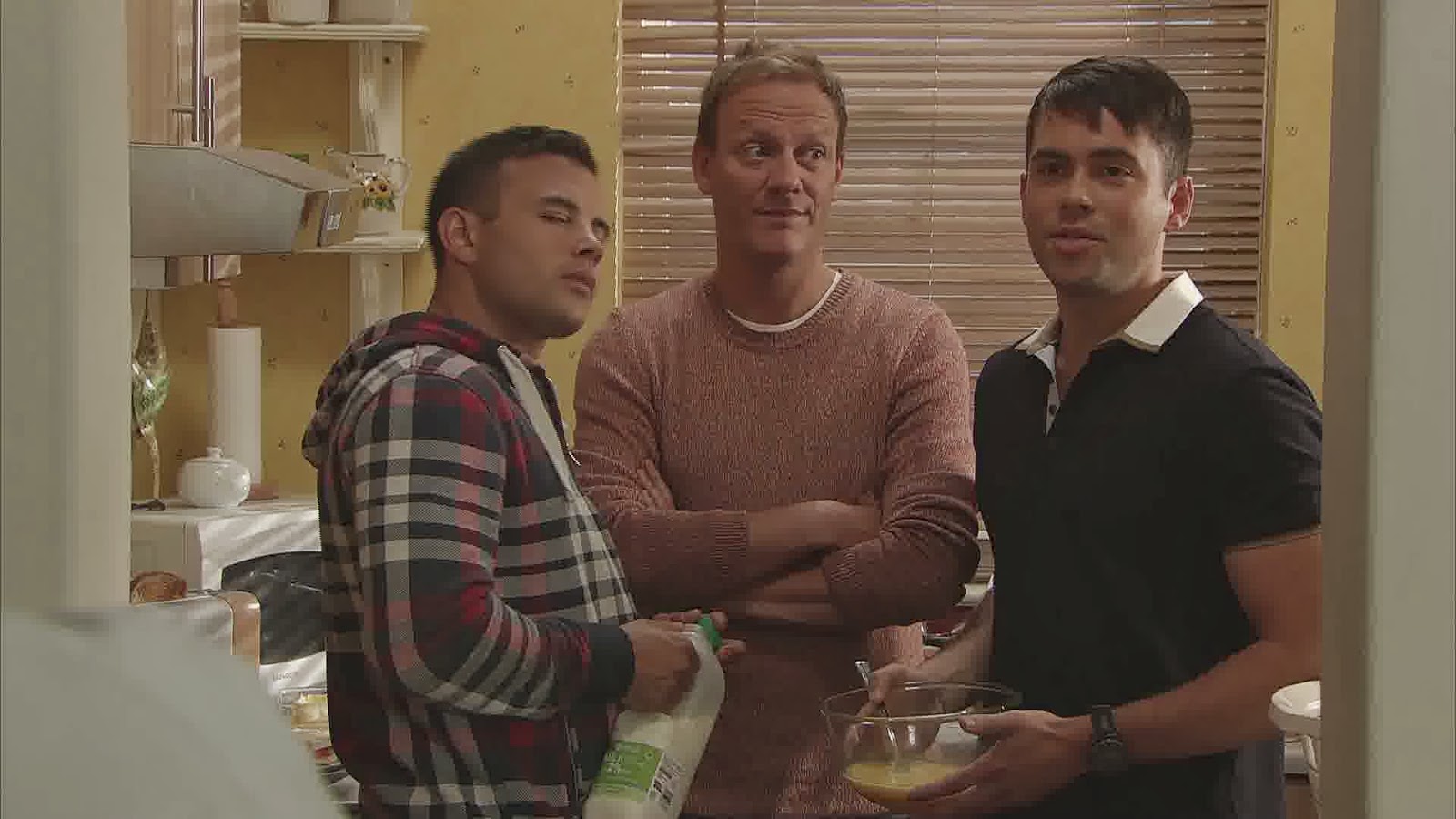 Like the prodigal son, Todd came back. Todd came back in disgrace and he's changed. Not for the better. When we first met Todd Grimshaw, he was a gentle, nice boy without a malicious bone in his body. He tried to do the right thing, make his Mum proud, and do what was expected but it just wasn't in him. He gave it all up for a girl, and then gave all that up for a boy.

Todd realized and accepted he was gay but in the wake of that discovery, his life and that of lover Sarah's was looking like ground zero after the wars. He left for That London to make a new life. Turns out that new life wasn't quite the climb up the ladder of success that he thought it would be. We saw a glimpse of that when he returned with posh Jules in tow. Todd was acting very snobby, trying to be like Jules but Jules took him down a peg or two for disrespecting his family.

Todd and humble apparently had a parting of the ways. He's back in Weatherfield, tail between his legs, having turned into a manipulator and a user. His mum is not proud and can see it as much as it pains her to admit it. He's been using people for jobs, drinks and money and now he seems to be using Marcus. He strung Sean along for a bit before letting him down and started making eyes at Marcus. But we can see that he's not falling for Marcus and indeed, he admitted to Eileen at one point that it was more of a challenge. He didn't think a gay man could have a successful relationship with a woman and seems out to prove it. 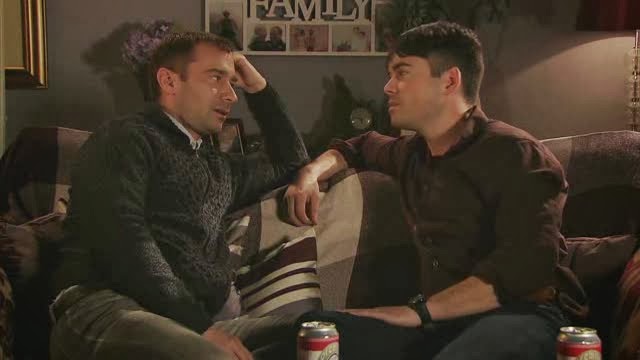 Enter Marcus. He's a lovely bloke. He is gay and still insists that is true even though he's fallen in love with Maria though to be honest, it's probably more about the little family package he so badly wanted. Still, it must be working in all aspects of the relationship. She seems happy enough and all loved up. But the clouds are on the horizon and it looks like Maria's about to realize she's chosen wrong yet again.

Todd started off flirting with Marcus and he's continued to make inroads. It seems like Marcus is starting to warm to Todd. Why doesn't he see that Todd is a scheming toady? And why hasn't Eileen warned him yet? She's fully aware that Todd is playing with Marcus. 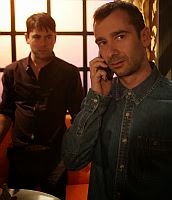 Todd is a very good looking man. Marcus would have to be blind if he hasn't noticed. And when a good looking man chats you up and it seems like they really fancy you, it's flattering. You may develop a crush, an infatuation, and under those circumstances, you don't usually look at the negative traits. After all, Bad Boys (or Girls, depending on your choice) are always more attractive, right? They have that element of danger, of excitement. I wouldn't really class Todd as a Bad Boy. I'm going to be blunt here. He's just an asshole. But a lot of people are still attracted to assholes as much as or even more often than Bad Boys. Unfortunately true.

I know Todd "confessed" to Sean that he was falling for someone but I don't believe it's true. He's using Sean again, knowing that Sean, as Marcus' ex, doesn't approve of M&M. When Todd lures Marcus away and back to the gay bus and Maria's heart is broken, Marcus is going to lose that family he treasures. Todd will be triumphant and have no further use for Marcus who will be humiliated that he was suckered by Todd into his schemes and Sean will probably be used to engineer the discovery. The scales will fall from the eyes of all concerned and Todd will be the Street "pirhana" (Les Battersby reference, there. Anyone remember that?).

Will that change Todd? Will it 'eck. He'll smugly revel in the chaos he's caused, if the actor is planning on staying. If not, he'll swiftly fade into the night in a black cab in disgrace. At this point, as far as we know, the actor is staying so I wouldn't bet on that second scenario. He will likely stick around to cause more embarassment to his old Mum.

As much as I don't like Todd, I don't mind this storyline. I know it's facilitating Charlie Condou's exit but even if it wasn't, it's a good storyline, I think. Or maybe it's like watching a tram crash. Either way, it's holding my interest. That might be contrary to a lot of viewers but that's ok. To each their own, right? I'm waiting to see the inevitable fallout to see if I'm guessing correctly, and poor Maria, another lousy relationship up the pipes. She's far too naive when it comes to men, isn't she? Kirk will look properly disgusted at Todd and Marcus and Audrey will have her work cut out for her supporting Maria again, mmm???
Posted by Tvor at 09:55

Toad is a slimeball and I really hope that his story line is leading somewhere.