Here's what I think about Corrie lately 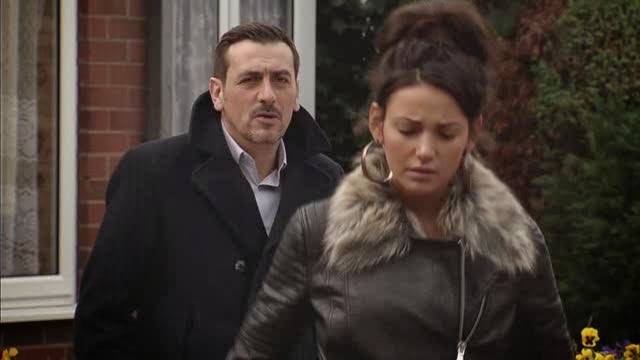 Owen has insisted that Tina get a roommate to help her make her rent payments. I don't think he has the right and she certainly should have the right to say no, I can make the rent on my own. And what happened to the money she seemed to have leftover? Maybe that's what she's been using to pay the rent. I like Steph, though, I do. Tina's being very rude to her so far but then we know why. She won't have a convenient place to have clandestine meetings with Peter.

It's a never ending reality check for Tina. Just as she says, it's a truth she doesn't want to hear but she hears it straight from a loved up Carla's lips when she was gushing to Michelle about how romantic her husband is. She won't listen to Liz, the voice of experience. She pretends to her friends that her mate is having a fling with a married man and gets a dose of their disapproval, too. She sort of defends her friend and sort of agrees it'll end in tears.

She tells him she loves him and he can't say a word. Why does she put up with it? Because every time she tries to back off, he turns on the charm and draws her back in and he will this time, too. He's like most every bloke that's cheating. He wants it both ways and doesn't want his wife to find out because he never had any intentions of leaving her. 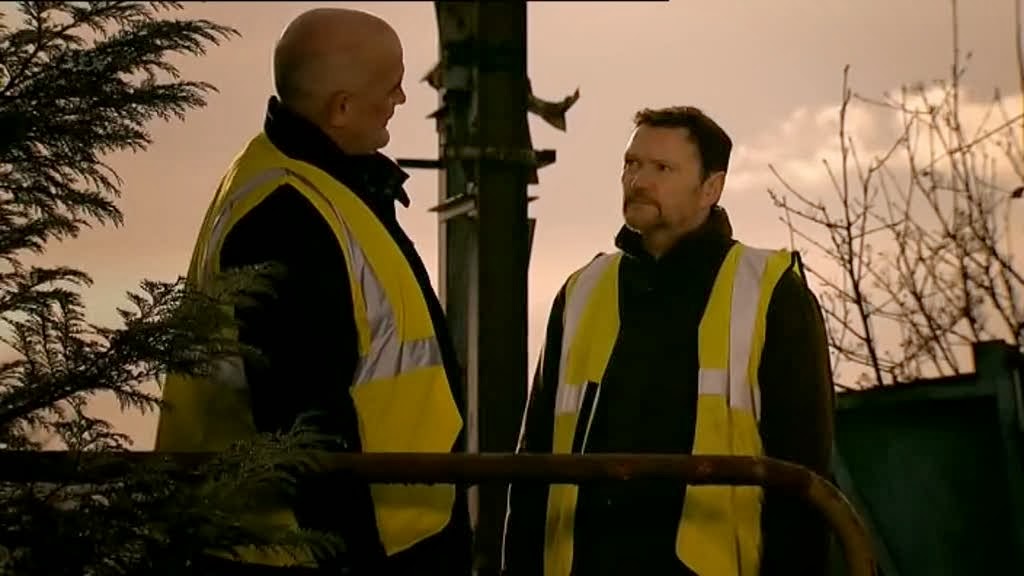 The Windass disaster is holding my interest, too. Phelan is a wonderful villain and something Michael and Gemma from Conversation Street podcast said this week had me nodding my head in agreement. When Phelan came out of the shadows, all cocky and ready for revenge was a Jez Quigley moment. I think Phelan is probably what Jez would have been had he lived to middle age.

The Windass family is already imploding in on themselves, blaming each other but especially Gary. Really, though, if Anna hadn't kept secret the fact that Phelan came on to her, none of this would have happened. We know we're seeing the slippery end of this and it's going to roll downhill faster than a plastic toboggan on ice and I speculate that Phelan could very well end up dead. Who might be the culprit? My money's on his wife.

She's a fierce thing and may get to the point where she's just had enough of his manipulation and womanizing. She's great, too, though, isn't she? She's hard as nails, calculating and uncompromising. She is fully aware of her husband's shortcomings and sticks with him, probably for the perks and status she gets in her big home. But there has to be money worries if he's had bankruptcy problems even if he manages to slip out of it with loopholes.

Most people seem to really dislike Maddie and Sophie's storyline because most people seem to dislike Sophie herself. I don't mind her and I don't mind the storyline but what I do find fun to watch is Sally's reactions to it all. I also find Tim's reactions interesting. It seems to me he and Sophie aren't as antagonistic as they were at first and he actually seems quite supportive of her. I think Tim is growing to like Sophie and she might even be warming to him. They could be good allies.

I don't like Tony. I haven't trusted him from the start. No matter how many times he pretends he's just there to get back into Jason's life, I keep siding with Eileen. He's trouble. He's already proved it by sabotaging the new builder and stealing his tools so that Jason could get the job back (and probably worm his way in to helping Jason as well).

I'm not surprised Liz is attracted to him. She even said Tony's a bit rough and we all know that's exactly Liz's type.  Is Eileen jealous? Perhaps a little though I don't think she wants Tony back. I do think perhaps she still fancies him even though she knows all his bad points. And then there's the fact that if he gets involved with Liz, that's more reason Tony has to stick around, upsetting everyone.

There does seem to be a bit of a turn around in the comedy lately. Deirdre playing peacemaker and referee between Eileen and Liz was good. She's right, they're all too long in the tooth to fall out over men! I also laughed at Steve trying to be romantic after Michelle went a bit green over Peter's apparent generosity with Carla. Steve hasn't got a clue about romance, does he? I continue to fail to understand what Michelle sees in Steve and why she continues to stay with him if all she can do is criticize him.

I felt bad for Dev fancying Stella and getting the wrong end of the stick, and ending up making a fool of himself in front of all his friends. I really did think he and Stella would have a fling but i guess that's not going to happen. It looks like Stella is giving Kal the eye and it looks like Kal is giving Leanne the eye. Three guesses how this one is going to come out.

So there you have a few comments I've had running around in my head over the past week or two. I'm actually enjoying the show quite a lot. Even though I hate the Peter and Tina pairing, it's a classic triangle storyline and it's playing out pretty much the way you would expect, with Peter ducking and lying and diving and all the predictable ups and downs that Tina's having as she deals with the reality of being the other woman.
Posted by Tvor at 18:03

I have to agree with your post.
One difference...I find Sophie annoying, therefore any story with her and Maddie annoys me. She spots the flaws in her Mom's personality so easily yet does not see her own. She should learn from her mistakes (Ken's grandson and the money she still owes Kev) but instead she keeps charging in with no thought to Sally. I wouldn't want Maddie in my house either! lol
Otherwise.....I too am enjoying the show.

Hi Tvor,
I just thought you should know that the links don't seem to be working on your Bluenose page. I can't comment & I can't access The Moosejaw Mercury.

THanks for the heads up! I think I've finally got it sorted!

I thought it odd too that Tina was short of money but I think the dad and practical part of Owen saw the need for a roommate. Also what a nice opportunity to get Steph on the screen more. I am liking her a lot. She seems fresh and is acting her age somewhat. lol She is really showing how Tina acts so much older than her age. This could be because of her father....which explains her obsession with Peter....looking for a father figure.

I like Steph too. I think she's a little younger than Tina as she was originally Katy's school friend wasn't she? Father figure... hmm yes probably a bit of that there. She was vulnerable after Tommy left and having to give up baby Jake too so was ripe for the picking.