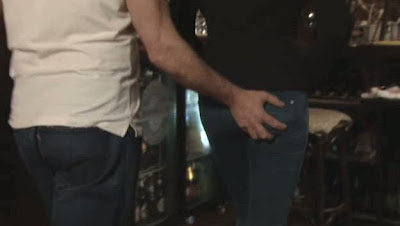 Sunita and Karl's affair is stomach turning. It's so bad that there isn't even really a good shortcut name for it. Sarl? Kunita? No, not nearly as snappy as Molvin (Molly and Kevin) or Pilene (Paul and Eileen).

This affair makes our skin crawl. It's tawdry and cheap.  The worst thing about it for me is that it's so out of character for her. The personality transplant fairy has a lot to answer for on this one. Sunita used to be a bit of a flirt sometimes but she was always loyal and loving and it seemed like she would never cheat on Dev. Leave him, yes, but cheat? I wouldn't have said so.

I would have guessed Dev would be more likely to cheat. He's arrogant,  he lives his life firmly by the double standard. He's got a womanizing past. He believes that whatever the man in a relationship wants, he gets, but the little woman should be traditional, a wife, a mother, a skivvy in the shop, that sort of thing.

But Sunita? Ducking and diving, cheating under Dev's nose, or over it in the shop flat. Cheating with the husband of the woman she's working for? Chasing Karl shamelessly, out for a good time, not even feeling guilty about it. Even allowing him to grope her in the middle of the bar where anyone could have seen or in the back room snogging his face off when they could have been discovered. Tina's lying in a coma and Sunita can hardly wait for her to recover and get back to work so she can get into Karl's pants.

It doesn't even seem to be about danger. It seems to be about getting her own back on Dev for taking her for granted. SO not the Sunita we knew.

It's probably the second worst affair I've ever witnessed on Corrie. Nothing could beat Molvin (Molly and Kevin) but it comes pretty damn close as does the Paul and Eileen (Pilene?) affair, both of which were also pretty Icky. So with that in mind, which of these three affairs is the most cringeworthy? I'll leave the poll open until the end of the month and post the results with the monthly State of the Street wrap up.

They're all foul in different ways, but the Molvin affair was the worst IMO because it seemed the least unlikely and there was zero chemistry -- both actors seemed profoundly embarrassed by the whole thing. It is interesting to see how far the ramifications are echoing into the present and future with Baby Jack, Kevin's continued estrangement from his family, Tyrone's trust issues, and so on. The Pauleen affair could have been amazing if handled correctly but it just wound up alienating viewers.

That's my thoughts too. Kevin and Molly were completely ill conceived, pun intended. Even though, yes it certainly did have long reaching ramifications which is a good thing as far as the show is concerned. Pity we had to suffer it to get there though. Sunita and karl are pretty sleazy and Paul and Eileen just struck me as morally off the wall. I know affairs are generally immoral but it just seemed more cruel to Lesley than the average "other woman" story.