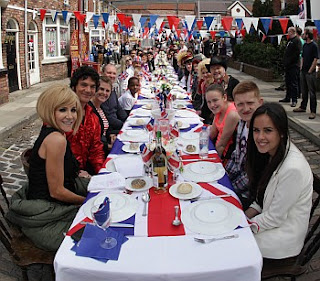 Welcome to the Coronation Street party to celebrate the 60th anniversary of the reign of Her Majesty Queen Elizabeth II. 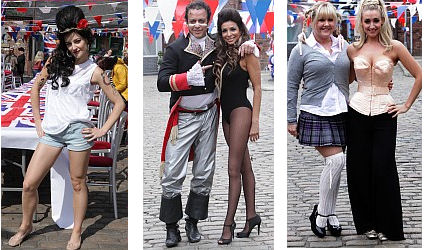 The theme of the party is pop stars over the past 6 decades. Here's Kylie as Amy Winehouse. Dev is dressed as Adam Ant with Sunita as Beyonce. Beth has come as Britney Spears and it looks like Eva is a Madonna wannabe. 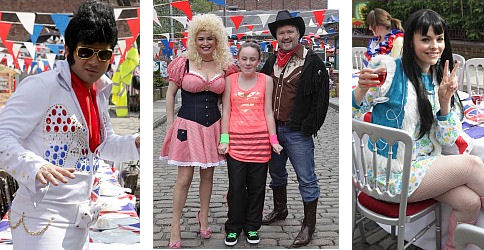 Here we have Jason as The King, rather appropriately ;) Anna is a voluptuous Dolly Parton while Owen is meant to be Kenny Rogers but could pass for any generic country and western singer. Faye is Sporty Spice.Tracy is meant to represent Cher.

Steve looks great as John Lennon but he looks like a young Elton John to me!!! Nick seems to be. . . well. . . Nick with MadonnEva and Stella making a very fine Dusty Springfield. Loved Maria, Marcus and Sean! Maria and Marcus are representing Donny and Marie Osmond and Sean of course is the perfect Freddie Mercury! 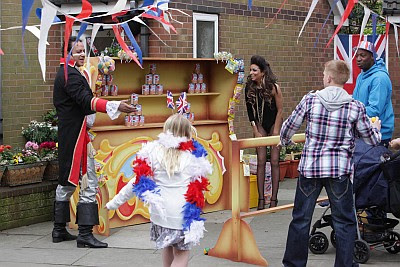 Meanwhile, on the street, there are games to play. 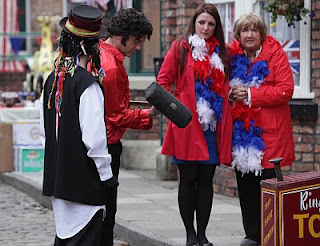 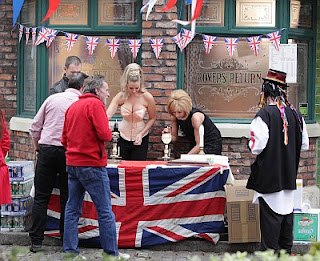 Of course there's going to be a mobile bar set up outside! 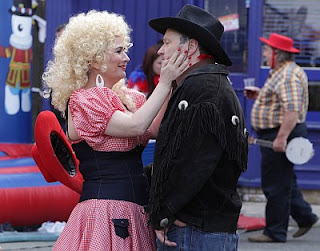 Speaking of romance, it's also Rita and Dennis' wedding day, but that's not going to go so smoothly. Why choose the day of the fancy dress party? Well, I can't really picture Emily, Ken, Deirdre, Rita or Norris dressed up like pop stars, can you?

Here's a full list of the costumes and characters:

Email ThisBlogThis!Share to TwitterShare to FacebookShare to Pinterest
Labels: jubilee in photos

Is there a picture of max as justin?!

Unfortunately no, that was all i could get. I"ll try to get some screen captures on Monday of the rest.