Chesney's got to grow up 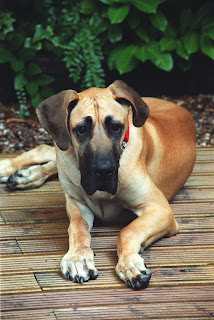 It's devastating to lose a pet. I feel for Chesney, I really do. He's desperate to hang on to his beloved Schmeichel, but there comes a time when you have to do what's best for the dog and for your family.

This storyline, to me, shows me how young Chesney really is and how much more he's got to mature. It's not a criticism. It is what it is. Chesney has always been an old soul in a young body and has had a rough life. He's been in and out of care and had his mother and Les both leave him. His sister, in his opinion, has ruined her life by hooking up with a nutter like John Stape.

But rather than give the dog up, he and his teen love decided they were old enough to move in to a flat together and have a baby. At 16. I've no doubt they'd love the child, but that's an awful lot of responsibility to carry at that young age. Chesney works in a market stall, not the most steadiest of incomes and Katy was trying to finish school before giving birth.

Now Schmeichel is very ill. Chesney is over his head in debt already, not able to keep up the rent payments on Number 5 while Fiz was in prison. He's been distracted and worried about his sister so hasn't been working. Bills are going unpaid. He swallowed his pride and accepted money from Owen for the back rent but then stole it for the veterinarian bills and is about to rack up more with an expensive operation that isn't going to really help the dog in the long run. Chesney is very emotional but Katy can't understand why he can't take responsibility for his bills and provide for her and the baby. That would be the mature thing to do. Chesney doesn't feel very mature right now but right now is not the time to have a meltdown, not with fatherhood impending.

Schmeichel was the only stable thing in his childhood for awhile. It's understandable that he'd be emotional. But if he believes he's old enough to be independent, to be a father and hold up his end of a relationship, he also needs to realize that he has to make hard decisions. Sometimes it's kinder to put an animal to sleep when there's no hope. It's the right thing to do. Everyone else knows it but Chesney can't accept it. It's as if he's reverted to being 12 again and there are no parents left to make him understand that. He won't take advice from Owen who wants to help but has his daughter to think of first.

Poor Ches. I feel bad for him but he's got to grow up and face the reality of the situation. It's going to be the most difficult thing he's had to do to date but we all know it's going to have to be done. Perhaps this will push Chesney into adulthood a bit further. He's going to need every ounce of it he can get with all his other problems on his young shoulders.
Posted by Tvor at 21:00