Oh I just have to do this! There are too many photos to post it on t'other blog so i'm going to do my own screen caps and photos from the wonderful Roy and Hayley wedding!

We start off on the Street where Mary, having shot herself in the foot with her over-enthusiasm, has kept herself from the wedding. She walks off in a snit and later follows the wedding guest bus like Jaws stalking prey. 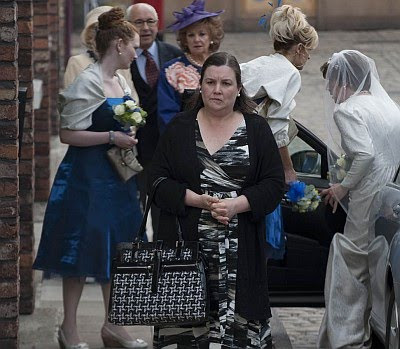 The bus, of course, filled with well wishes. Except for Norris! What was his problem? He groused and complained all day long! Why he bothered going, I don't know! 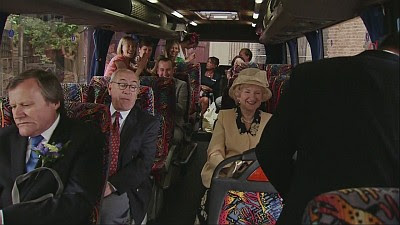 Roy's surprise was the fulfillment of a boyhood dream! He got to drive the East Lancashire steam train and all the guests traveled in the train to the venue. 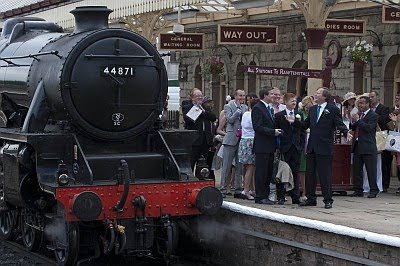 The Bride was in the last car with her bridesmaids. 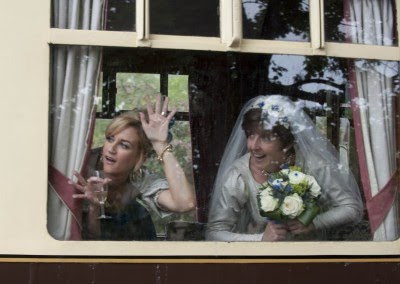 But alas, Mary hauled  coupling out of the last car and stranded them in the countryside. Roy waited and worried at the altar. 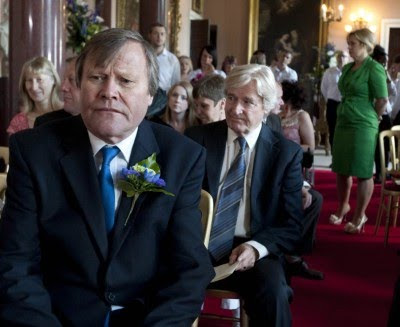 Never fear though, Fiz and Becky to the rescue (should Fiz be doing that while pregnant? Hope she's ok!) 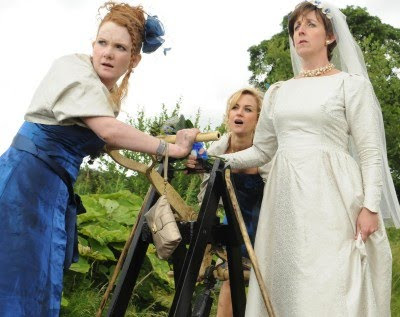 Meanwhile, on the train, the tension between Sally and Claire erupted! There can never be a wedding without drama on Coronation Street! 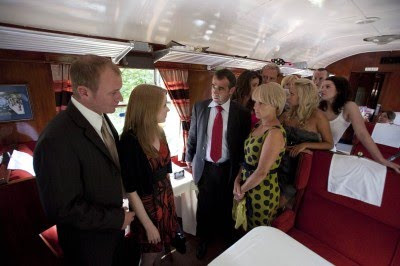 They managed to get her to the "church" just a bit late. Hayley came down the aisle lined with the choir serenading her procession to a waiting Roy. 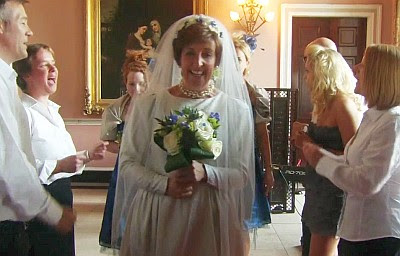 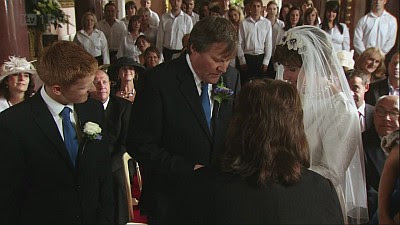 And they are pronounced Man and Wife! 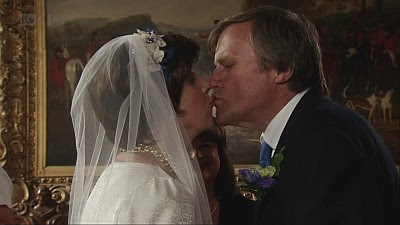 Let the reception begin! First, Roy's speech to the bridesmaids...and later had everyone in tears with his speech of devotion to his Hayley

"The World can change it's rules, it's laws and it's opinions as frequently as it chooses. But I will remain standing beside you. That will not change." 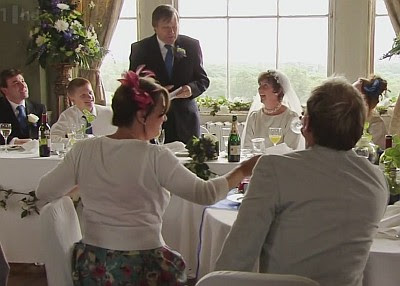 The bridesmaids...That would be Stinky and Blotchy to you and me! 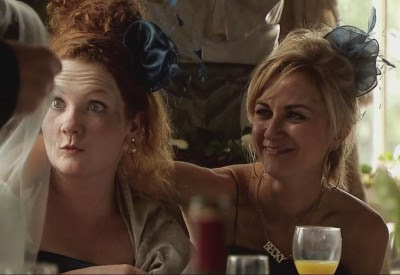 Aw bless em! And Hayley, too, made a speech. She said she felt very lucky and very special! 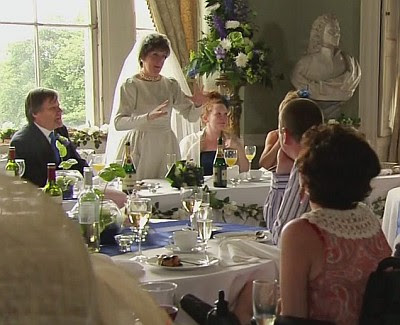 The guests applauded! Everyone is so very happy for Roy and Hayley! 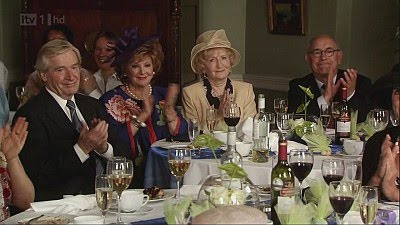 Their first dance was also to the dulcet tones of the choir!
(Some of you may spot a familiar face sitting at the table beside the bloke in blue! She's a talented friend of mine called Annie!) 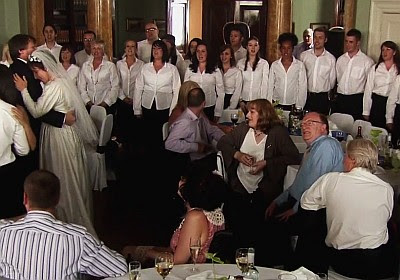 Traditional confetti accompanies them out the door. 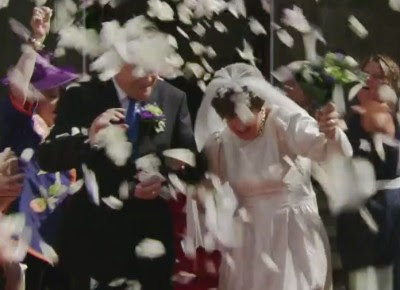 It says it all! 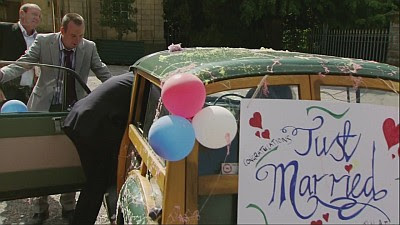 The photos are, of course, all copyright ITV.
Posted by Tvor at 19:59