Most of us do realize that the tabloid papers such as the Mirror and the News of the World love to sensationalize things. When it comes to soap spoilers, we also know, down deep, that they make a lot of it up or it's all a lot of pure speculation though they print it as the truth. Sometimes, just sometimes, there are cast or crew members that might feed tips to the tabs for cash so people think, well you know it *could* be true, what they say! It's usually not. 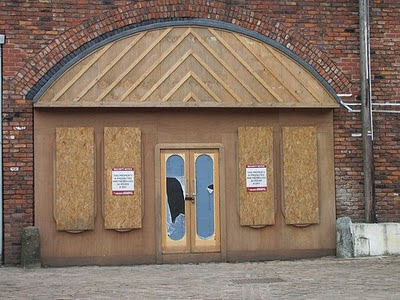 Coming up to Corrie's 50th anniversary, there's been loads and loads of press coverage. You mention a tram crash and people dying and the horses are out of the gate. Actors that we know are leaving are already being mangled under the wreckage in the newspapers' scenarios and others are being lined up for the crush, too. The tram is going to come tumbling off the viaduct where a new bar will have just opened. (I think Nick Tilsley, the new owner, probably has a little black cloud of bad luck over his head like those comic characters always did!)

A new producer generally does have a look at the current cast and inevitably, there are some let go and replaced with fresh new characters. Some actors see the writing on the wall and get out before they can be thrown out but are said to be leaving by their own decision. This is sometimes actually the case when a character really hasn't been involved in storylines for a long time, and the actor gets bored and fed up, like Tupele Dorgu as Kelly whos talent was shamelessly underused. Most of the ones that leave of their own accord think they can make it big doing other things when in reality, most of them don't. Of course, some do go on to a lot of success but it's also true that if you've been playing the same part for a decade or more, people have a hard time seeing you as anything else.

I think Johnny Briggs found that out. I'm afraid Vicky Entwhistle may too. I like her, and i think she's a good actress that could really sink her teeth into a part and i hope she gets the chance to prove she's more than just gobby Janice Battersby.

Anyway. I've been reading story after story about who will die in the crash. Having a big disaster like this still needs to have far reaching implications and push the storylines. It has to end some and start new ones with the fallout and that's exactly what Collinson will do with this. Thus, just wiping out characters because the actors are leaving isn't good enough.

Actors that are leaving are obviously the odds on but it doesn't always go that way. Jack Duckworth is apparently going to be diagnosed with terminal cancer so currently presumed to be one of the victims. But would Jack really be comfortable drinking in a posh hip new wine bar? Claire and Ashley are heading out of Weatherfield but though i've seen reference to them dying, i have also read that they will leave after a scandal implicating Claire of harming one of the Alahan children. It's untrue, but they'll use that as the excuse to leave.

Molly's going, too, and she's due to give birth in September. We don't know if the baby is going to be Kevin's or Tyrone's. More speculation that she'll be a victim and i think that one is likely. She works in the corner shop and the shop is next to the viaduct and likely to come in for some damage. That leaves Tyrone alone with the baby and there's a lot of storyline potential there for the truth to come out, which it has to eventually because it always does. Will the baby be Kevin's? If so, what happens? Will Sally agree to raise a child that her husband fathered in an affair? If Kevin gets the baby, i really can't see Tyrone staying around. My original thought was the affair coming out and Tyrone making Molly leave and keeping the baby himself. But even that scenario would seem to end with Tyrone taking the baby and leaving the Street too. I just can't see how Tyrone, Kevin and Sally can occupy the same place after the truth comes out.