Kevin Webster is one of the more underrated characters on Coronation Street. He's been on the show for close to 25 years and has been a rock steady character for most of that time. Kevin is a family man, a mechanic, a business owner. He's reliable, dependable. He is a "voice of reason" most of the time though sometimes is a bit quick with his fists, but only if he's provoked. He's seen sometimes by fans as a bit of a doormat but he's a loyal friend and husband (even when he has been messed about!). He's a good guy but he's not perfect. He's been unfaithful but learned from his mistake. He's played very ably by Michael LeVell.

Some may say that Kevin is a bit of a doormat or a fool, willing to put up with Sally's shenanigans. Indeed, sometimes I have wondered over the years why he puts up with it. I am sure they have both found a way to love each other after all their individual lapses but I think maybe Kevin would just rather be with Sally and the girls than without them, even if he may not trust her. I think he understands her, probably better than she understands herself sometimes. I do cringe when Sally hurls insults about her little life in a little back street and Kevin must do so as well. It must make him feel like she doesn't think he ever did enough for his family when in fact, he has given them a solid foundation, a good roof over their heads and security. 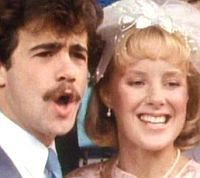 When we first met Kevin, he was a fledgling mechanic. The Websters bought Elsie Tanner's house at Number 11 after she scarpered to Portugal in the middle of the night in early 1983. Mother Webster had died and Father webster, Bill, bought Len's old builder's yard. Also in the family was younger teen daughter Debbie but we never really got to know her very well. Kevin was fun loving but responsible, intent on learning his trade. He made friends with Curly Watts, Martin Platt and Terry Duckworth and dated one or two girls before he met Sally Seddon, quite suddenly, by driving through a puddle and soaking her. The rest is history and the pair married in 1986.

Kevin took his responsibilities seriously. By now he was working in Brian Tilsley's garage. He was dependable, hard working and was a good husband to Sally. Although there were some periods where he didn't work for a local (on screen) garage, he usually put in the hours under one owner or another, including Brian, Tom Casey, Mike Baldwin (who bought a garage unit on Coronation Street, conveniently right across the road from Kevin and Sally's house) and Don Brennan. Although Sally pushed him to buy the garage several times, Kevin wasn't ready to be his own boss and was quite content to work for someone else, much to Sally's chagrin. Eventually though, the opportunity and price were right and he went into partnership with Tony Horrocks.

Kevin made a go of the business but it was to be the downfall of his marraige when Tony's mother, Natalie, took over her son's share of the business and moved in on Kevin at a vulnerable time. Sally was away nursing her mother and Natalie had no compunctions about seducing a married man. Kevin fell for her line, hook, line and spanner and when Sally found out, he was out on his ear. The worst part of it was the effect it had on his children, Rosie and Sophie. Kevin was a good dad and loved his kids and it broke his heart when Sally, out of bitterness, made it very difficult for him to have access. By the time Sally softened enough to try to get him back, though, Kevin had moved in with Natalie so Sally moved on as well and finding out that she had a fling with his employee, hunky Chris Collins, made him see red and green at the same time. Jealousy reared it's ugly head but let's face it, Kev, what's good for the goose and all that!

Seeing that, Kevin realized that his affair with Natalie wasn't long-lasting love, only lust. In the end, Sally took Kevin back, mainly for the girls' sake but that wasn't to last. She was then seduced by the dangerous charm of Greg Kelly and this time, Kevin threw *her* out. Greg used her money (inherited from her recently deceased Mum) and then abused her. It was all over in a flash but Kevin wasn't taking her back. Not yet.

Kevin still had lingering feelings for Sally even though they had both moved on to new partners and the night before Kevin was to marry pregnant Alison, he and Sally had a roll in the hay for old times' sake. Nothing like that can be kept a secret for long and though Kevin did marry Alison, the secret came out before Sally married Danny who then left her. Kevin was further devastated when his new baby boy died and Alison flung herself under a truck in her demented grief. The stage was set for Kevin and Sally's reunion. 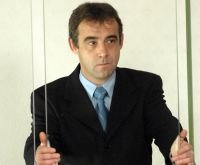 Kevin and Sally remarried, but not before she nearly ran off with a decorator. Kevin knew this but married her anyway and she said I Do, again, seemingly for the sake of her girls. It seemed Kevin was willing to look the other way and it wouldn't be the last time he'd have to do it. He loved Sally and loved his family even more. Sally had another affair with her boss, Ian Davenport which Kevin again overlooked, pretending to believe Sally's lies that nothing actually happened. Sally also had a flirtation with her tutor,and if Kevin suspected, he said nowt.

Kevin could be very jealous too and that temper has got him into trouble more than once, most recently when he decked 17 year old Rosie's older lover, John Stape and spent 14 days in the nick for his bruises. It's not the first time he spoke with his fists either. Ian Davenport felt the knuckles of Kevin's suspicions as did Chris Collins, Martin Platt and a few more of Sally's bits on the side even if he wasn't married to her at the time.

Kevin himself has been steadfastly faithful up until 2009 when an affair with his best friend and co-partner Tyrone's wife, Molly, seemed to come out of nowhere. Seemingly out of character for Kevin, have the Personality Transplant Fairies kicked him up the backside? It seems like it's not so out of the realms of possibility that he could develop a crush but when Molly encouraged it, finding her own new marraige a bit boring, Kevin jumped in with both feet. Perhaps he's just tired of Sally's nagging and social climbing or maybe the 20+ years of wedded unbliss has finally got to him. It might be a midlife crisis but it seems like Kevin would *never* go after his friend's wife, and one so much younger, not after all the upset with the older John Stape's affair with his teenage daughter. He even went to prison for that and now here he is running after 20-something Molly. I don't buy it but there you are. It's a soap.

Kevin loves his family. He is loyal to his dad but has always seemed to be led around by the nose by his wife who has always been a bit on the pushy, bossy side. When she gets too focussed at the detriment of one or the other of her children, Kevin provides the balance with a joke or an extra bit of attention to the daughter that's not directly in Sally's radar, usually Sophie. Maybe Kevin overlooks Sally's indiscretions because he's desparate to keep his family together because above all, Kevin is a nice guy and a family man. 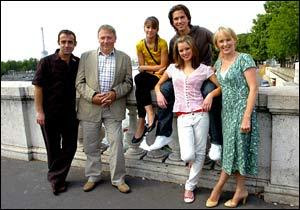