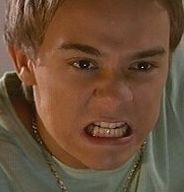 Sometimes Coronation Street can be so frustrating to watch. Sometimes you just can't look away! When it's good, it's very, very good but when it's frustrating, it's painful and lots of people I know have actually lost patience with it and given up or taken a break from watching. I don't think I'll ever do that but there have been times when I've wanted to shake the producer and writers and wonder what they're thinking? Corrie has lasted nearly fifty years and it's gone through many ups and downs. There have been periods of very boring storylines or absolutely absurd ones, and not in a good way.

People complain that it's not like it used to be but nothing ever is and Granada/ITV is in the business of making money. They have to keep attracting new viewers, preferably younger ones to hook them and keep them. Younger viewers aren't going to watch a show where the most exciting thing that happens is watching someone put out the milk bottles on a rainy day. There's also a lot more competition for the soap viewers than there was in the 60s and 70s. Thus, we now have more "gripping" storylines than ever before. Corrie has had to change with the times or it never would have lasted this long.

Having said that, I quite enjoy some of the "gripping" and sensational storylines. The Richard Hillman saga had me on the edge of my seat and I'm quite enjoying Tony Gordon's reign, bullying the factory bees worse than Mike Baldwin ever did, (though he still gives jobs back after a sacking, just like Mike used to do) murdering and near murdering, ruthless and nasty, and now, with Maria, showing a softer side. But it makes us all wonder what his real motive is! It keeps me watching.

Soap Operas have a lot of Standard Plotlines...affairs, love stories, births and deaths, even crime and punishment, with revenge coming near the top. There's only so many plotlines so you have to think of new ways to tell the stories. There are rules, too, like a murderer not being allowed to get away with their crime unless there is an extenuating circumstance such as self defense. One of the current storylines that has me frustrated is the Kevin and Molly affair. It's so out of character, so cliche and so icky!  Molly shags probably the one person on the Street she really, really shouldn't (her husband's best mate and boss) and then goes on holiday with her husband. Now what do YOU think is going to happen? Standard Soap Opera Plot #239, she gets pregnant and doesn't know who's the daddy. We don't know if this is going to happen to Michelle Connor but she's on the slippery slope as well, having had sex with Peter Barlow and Luke Strong within a day of each other. You just throw your hands in the air, tut tut and go make a cup of tea while they're on the screen these days and wait for Tony's scenes instead.

Frustrating plot lines often happen when it's out of character for the people involved. Another frustrating standard soap cliche is lies, lies and damned lies, to use a popular saying. There is no unearthly reason for people to lie or hide the truth from their friends and loved ones except to keep the viewers waiting to see when it's all going to hit the fan. Ashley Peacock and the cocked-up vasectomy, anyone? How about Fiz lying to Chesney and most of her friends that she's not involved with Prisoner 666 (John Stape) again? That secret has just come out but Ashley's secret will be dragged out a bit longer. When Hayley found out about her son Christian, she didn't tell Roy for ages and then wasn't going to tell Christian she was his biological father, so that, of course, caused Roy to be twice as disappointed in Hayley when she finally did tell him and it caused Christian to freak out when he discovered the truth. (While a lot of people thought that storyline was ill thought out because it rewrote Hayley's back story, and it did, I still thought it was worthy and gave Roy and Hayley some good stuff.)

Some lies just seem so unnecessary but others are just par for the course, like Joe hiding his addiction or Ken lying to Deirdre because he's having it off on a canal boat with a Bohemian actress. You expect those lies, you get frustrated at the stupid ones.

It's frustrating watching Steve McDonald get himself in hot water over a stupid lie but enjoyable watching him squirm because he's lying to save his ass. Steve is one of those characters that's fun to watch no matter what.

Then there's the frustration of too much of a good thing. David Platt going off the rails was good to watch for the first 6 months or so but it's getting boring now. Every time he puts on that hurt look when he sees Tina or insists that Joe make Tina come back to him or he doesn't get the drugs David is hiding, I cringe. Get over yourself, lad! Move On! It's also very frustrating watching Gail make excuses over and over and over again for David/Sarah/Joe/Nick/Martin/whoever. How stupid can that woman be? (Though I do like Gail as a character overall).

It's frustrating when storylines drag on and on and are endless, pointless and are then dropped, never to be heard from again. Hayley never mentions Christian, not even a sigh and a glance at a hidden photo. Michelle seems to have forgotten that her biological son, Alex, exists and when she went on tour with the band, wouldn't it have made more sense for Ryan to stay with his biological dad, Nick rather than a mate? Speaking of biological fathers, Matt Ramsden is never, ever mentioned by the Peacocks anymore. Josh was only sent off with Matt for a holiday a couple of summers ago so that Ashley could have that affair with KC when Claire was ill. Before that, Ashley would never have let Josh spend more than an afternoon with Matt. (Yeah, that was another Who's the Daddy standard plot. Someone has sex with someone they shouldn't? Whammo! Baby time! You can see it coming a mile away!)

It's frustrating when you don't see characters for weeks and months on end. Sometimes it's due to an actor's illness or maternity leave so you accept that but when there's no fathomable excuse, it seems odd. Logically, we know that the actors are contracted for a certain amount of episodes per year but sometimes, especially at occasions like weddings or funerals, the absence of some of them is glaringly noticed. 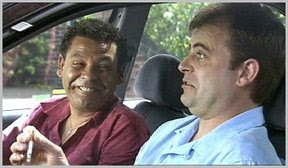 Corrie is good most of the time. They do dramatic very, very well. They do humour extremely well, too. Even just a random conversation, scene or reaction can be hysterically funny. Their sense of everyday type scenes and conversations may seem like filler between the main plots but they're what everyone can relate to the best. Passing the time of day in the Kabin or the Rovers, a gossip over the sewing machines, or silliness between mates in the taxi office all make Corrie more realistic, more identifiable. I don't know about you, but there are very few serial killers on my street but there is a corner shop and I have great crack with my coworkers.

So when you get frustrated, focus on the little things, quirky characters, the great dialogue, the fab acting, occasional nods to all that Corrie history, the double acts, the friendships and know that this too shall pass.
Posted by Tvor at 11:27

I thought this was a great blog! Well done :D

One thing Corrie does extremely well is that kind of humor that is (forgive me for not being an English major) part witty rapporte, part farce. The recent scene that comes to mind is Peter and the Barlows at the AA meeting, there was also the pot brownies from a few years ago, and pretty much any time you put Steve, Lloyd and Eileen together. Brilliant stuff you can watch again and again, from actors and writers who live and breathe their characters. They hit their mark, push it farther and keep twisting the screws until we the lucky fans are howling with laughter. Nobody does it better!