State of the Street - October 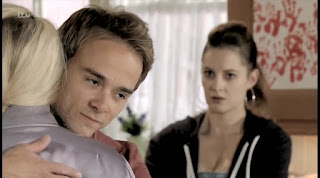 The aftermath of Callum's death has been mainly Sarah having panic attack after panic attack, hovering dangerously on the verge of spilling her guts to the police and the local vicar, Billy. I didn't think I could take much more of it but thankfully, David managed to get Sarah out of town for a few weeks. He tried to convince her to go back to Italy but Kylie talked her into a holiday. I guess that means Bethany is yanked out of school, just when it seems like she's settling in. That's also illegal in the UK, taking your child out of school Yet, Leanne did it too, with Simon unless she's organized for him to attend school in Portsmouth with Peter.

David has been managing to keep a cool head, even to the point of using dark humour often. But considering David's somewhat psycho past, it's not surprising he's able to keep his nerve. Even Kylie shows signs of shaky nerves now that Sarah's not there and she doesn't have to keep up a front to keep Sarah from crumbling. I was wondering when it was going to hit Kylie. Now that Callum's body is cemented over, though, what's going to happen?

We know, because it's soap law, that the truth will come out at some point. Will it be sooner or later? I wonder if Tony could take the fall for it, since he's the one that blew up Callum's car and he's the one that cemented the body in the hole, albeit unknowingly. He's got motivation because of Callum's attack on Jason and he had some opportunity. If he gets arrested for it, though, would Kylie or Sarah let him take the rap for it? David would, but I'm not sure the women would. It's too bad because it was clear cut self defence, and even moving the body into the kitchen could be explained by not wanting Bethany to see it.

There will continue to be consequences in the weeks to come. Someone's going to crack first, even if it ends up being the concrete. 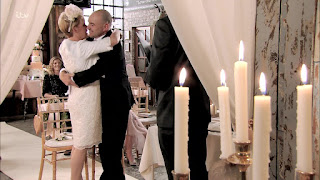 Tim and Sally managed to get married. Anna, of course, spilled the beans about Sally kissing Kevin. It didn't seem fair that Kevin was immediately forgiven and Sally wasn't. Can't blame Tim for feeling hurt, of course, but it was hardly a steamy affair. Why is it people get that bent out of shape over a kiss? Chesney and Katy broke up over a kiss as well. I'm not saying Tim shouldn't have been upset but refusing to talk and work it through, for what would seem to be a first offence, is hardly logical either. But that's what you get with soaps. It's all about the drama. I'm glad they tied the knot. Sally and Kevin were done and over and I really didn't want them to go over the same old ground time and time again. 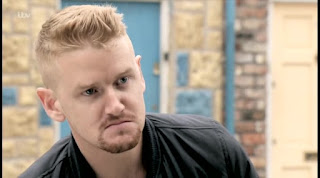 Juxtapose this with Gary's reaction to Alya's confession that she had a one night stand with Jason. In the Muslim religion, women are supposed to be a virgin on their wedding night and we have always seen that her religion is very important to Alya. Gary loves her so he respected her wishes and didn't press the issue. Thus the reveal that she had sex with Jason had a doubly hard impact. It seemed like even more of a betrayal and it was far more than a kiss. Gary didn't even thump Jason so you know he must have been in shock. Gary's temper is usually such that he'd have made Callum's beating of Jason look like horseplay!

Carla's back flying high again, now that she knows she wasn't to blame for the fire and deaths of Kal and Maddie. It's in typical. Carla was hollered at, insulted publically, and shunned when everyone thought it was her. Aside from Yasmeen, I've not seen anyone scream at Tracy Barlow in the street. The only other consequence is Sophie being rude to her in the corner shop but Sophie's rude to most people. Why doesn't Tracy deserve the same pariah treatment? I suppose because it's nothing new, she's already treated like dirt by the community in general. Am I right in thinking that though some people know, Ken doesn't know Tracy caused the fire? He certainly isn't acting like it but enough people know that the gossip must have made the roundsd back to his ears. No wonder Tracy gets away with these things. Both Ken and Deirdre always frowned at her a bit, sighed and maybe acted angry for about a day and a half and then it was always forgotten again.

We have a new family in town, more of the Connor clan, distant cousins. It appears Johnny and Michelle's dad, Barry are first cousins. You can work the rest of it out yourselves. I'm not sure if they're trying to make Johnny a new sort of Mike Baldwin or if Aidan's supposed to be filling that role. Or either of them, for that matter, since Carla has always filled Mike's shoes ably. It feels like there are far too many of them in the factory, now, though, all milling about. Three managers, a trainee manager and a PA (Plus the daughter, Kate, popping in and hanging around) in that tiny office is far too many.

I do like Kate so far. She's got spark and cheek. I love the brother-sister thing going on and she's most definitely the apple of her daddy's eye. She's a bit spoiled and clearly headstrong and seems like fun. I hope she manages to make friends on the street. She's got a fiancee but I'd love to see her become good friends with someone. That's one thing Corrie seems to be falling down on in recent years, female friendships. You do see it but it doesn't seem like you're getting that girl power best mates connection much these days. Let's not put Sophie and Kate together just because they're both gay. Let's keep Kate's fiancee and have Sophie and Kate become really good friends. Or maybe Kate should become really good friends with Alya who certainly needs one. Steph also needs a BFF now that Katy's gone and Tina's dead. 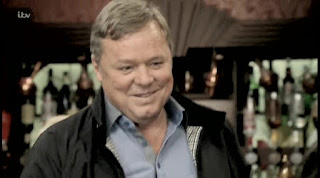 Looks like Mary finally has a storyline of her own and that's a big Yay from me. I've been hot and cold on Mary over the years but they've brought her back to the quirky version with her oddball stories. Putting her in there as the twins' nanny/caretaker shows her maternal side though I would have thought Dev would have offered her the corner shop flat long before now. She must still be living under his roof and it's probably wearing on his nerves! Is there another flat available? Is anyone living over the community centre now? I think that was the last empty one besides the shop flat. 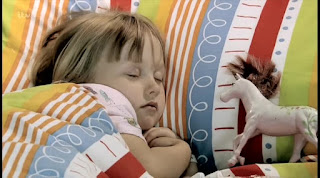 I really hesitate to say too much about the illness that little Hope is going through. I find it isn't a storyline I'm enjoying only in that it's difficult to watch. I know Hope will survive so all this drama makes it feel that much more false. They won't have a child die, it would be far too sad for a soap. They rarely have a child die under any circumstances aside from the rare infant (meningitis, newborn virus infection). I am pleased to see various and sundry in the neighbourhood help out, contribute or offer support. That sort of thing does bring people together, at least in agreement if nothing else. Nobody wants to see a child suffer illness like that. The actors chosen for the storyline, however, are doing a good job with it, very believable as parents thrust into such a heartbreaking situation.

Ken seems to be managing on his own but it looks like he's starting to cling to Audrey's company. Is it a kind of rebound thing? I know that it isn't unknown for someone to find a new partner very soon after a death but fans are not going to take it as a sign of respect for the dearly departed Deirdre. Think on, producers. Not everyone has to be in a relationship and Ken Barlow is a bit long in the tooth to be chasing skirts willy nilly.
Posted by Tvor at 09:00