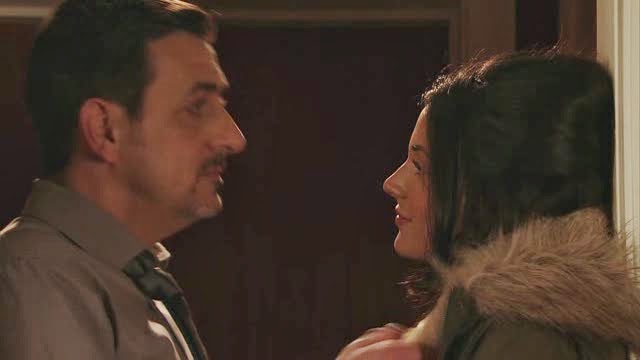 Peter and Tina really are a car crash. She's so naive and she really thought that once they both said those three little words, everything would move forward without a hitch. He'd leave Carla. They would be together. Happy Families. Ha! You can tell she's not been around too many blocks. Liz knows, the true voice of experience. Steph knows and she's even less experienced than Tina. (I think). Peter was happy as Larry. Well, of course he was. He's got it all, a beautiful wife and a beautiful mistress. He's lying so much I'm surprised he keeps it all straight. But then he's good at it.

I don't think we were ever meant to support Tina and Peter as a couple. It's clear he was just infatuated by a pretty face and she's not the love of his life. It's clear they don't have the chemistry that he had with Leanne and Carla. Tina was always meant to be his bit on the side and he's rapidly tiring of her but he's backpedalling furiously trying to keep Tina on side so that Tina doesn't tell Carla. That's why he's hanging on, now, I think.

I wonder if Carla will suspect before it all comes out? After all, she was in Tina's shoes and heard all those lies when she was the mistress and Leanne was the wife. It really does all come around full circle. Ah, but she's distracted by the time it starts getting heavier. She's pregnant! Now what? She prevaricated for several weeks and was nearly determined to have a termination but backed out at the last minute and the month ends with her telling Peter who looked shocked as hell. Now he's got a mistress and a pregnant wife! 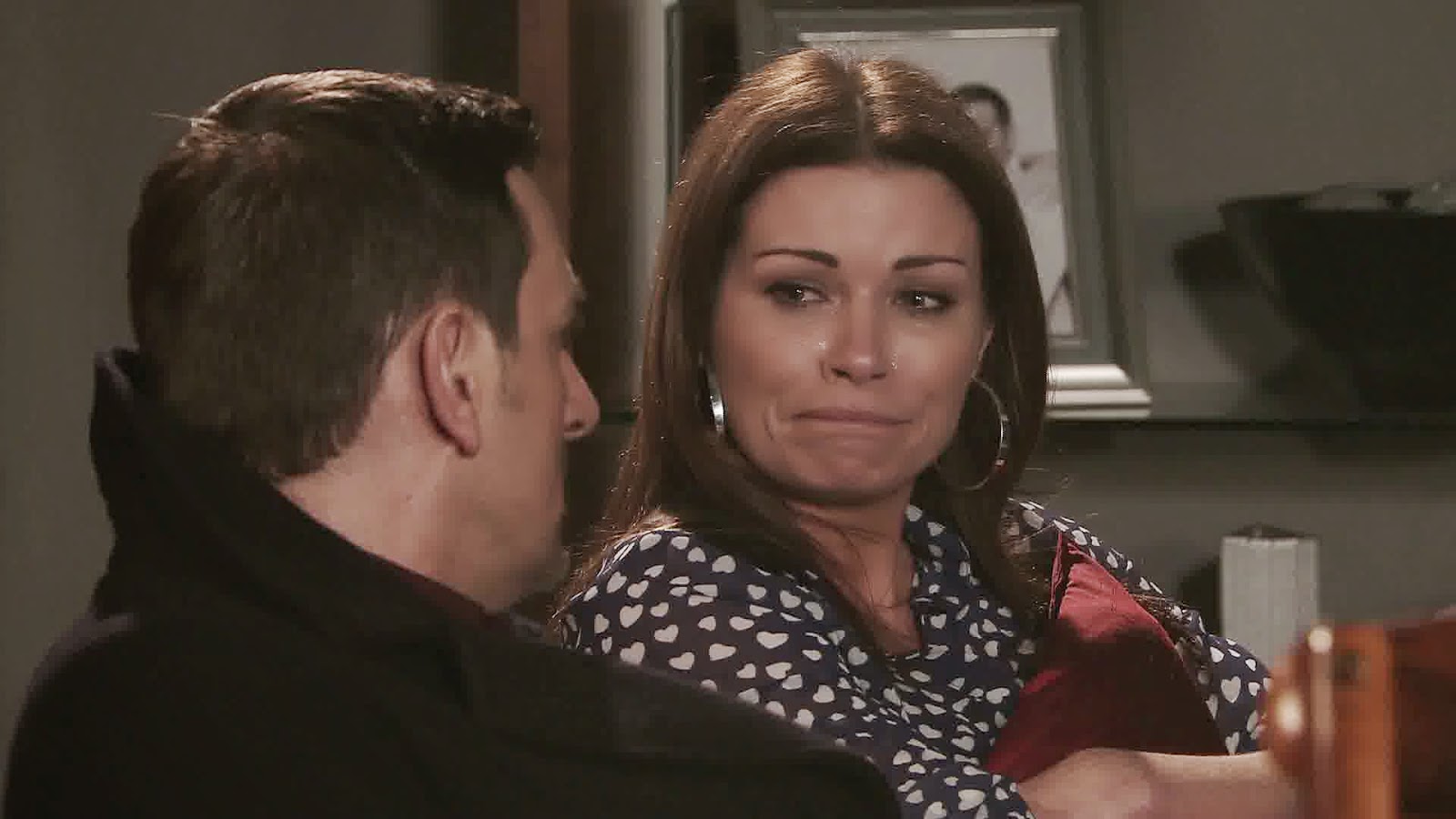 Kind of thought that would happen. She really doesn't think she could be a parent and I'm sure down deep she's still scared to bits and it will be a very uphill battle for her to get her head around motherhood. I hope they don't make her an instant Earth Mother when she sees that baby. I want her to have a difficult adjustment. I want to see her struggle and for it not to go away in a few months. I want to see her fiercely love that baby but despair of ever getting it right and scared that she'll damage her child the way her mother damaged her. I want to see her succeed against her fears and better judgement. I think Carla can do it.

I still don't trust Tony and neither does anyone else. Even Liz says he's got his measure but it doesn't put her off. Tony proved he does have a dodgy side still, by stealing the tools from the other builder that Kal's dad hired thereby allowing Jason to get the refit back. He's even getting help from Tony which makes sense, I guess, because I doubt very much Jason is a qualified electrician so he'd have to hire one anyway. It's amazing that the gym was nearly finished in a matter of weeks with a total renovation by just two guys, or so it seemed. 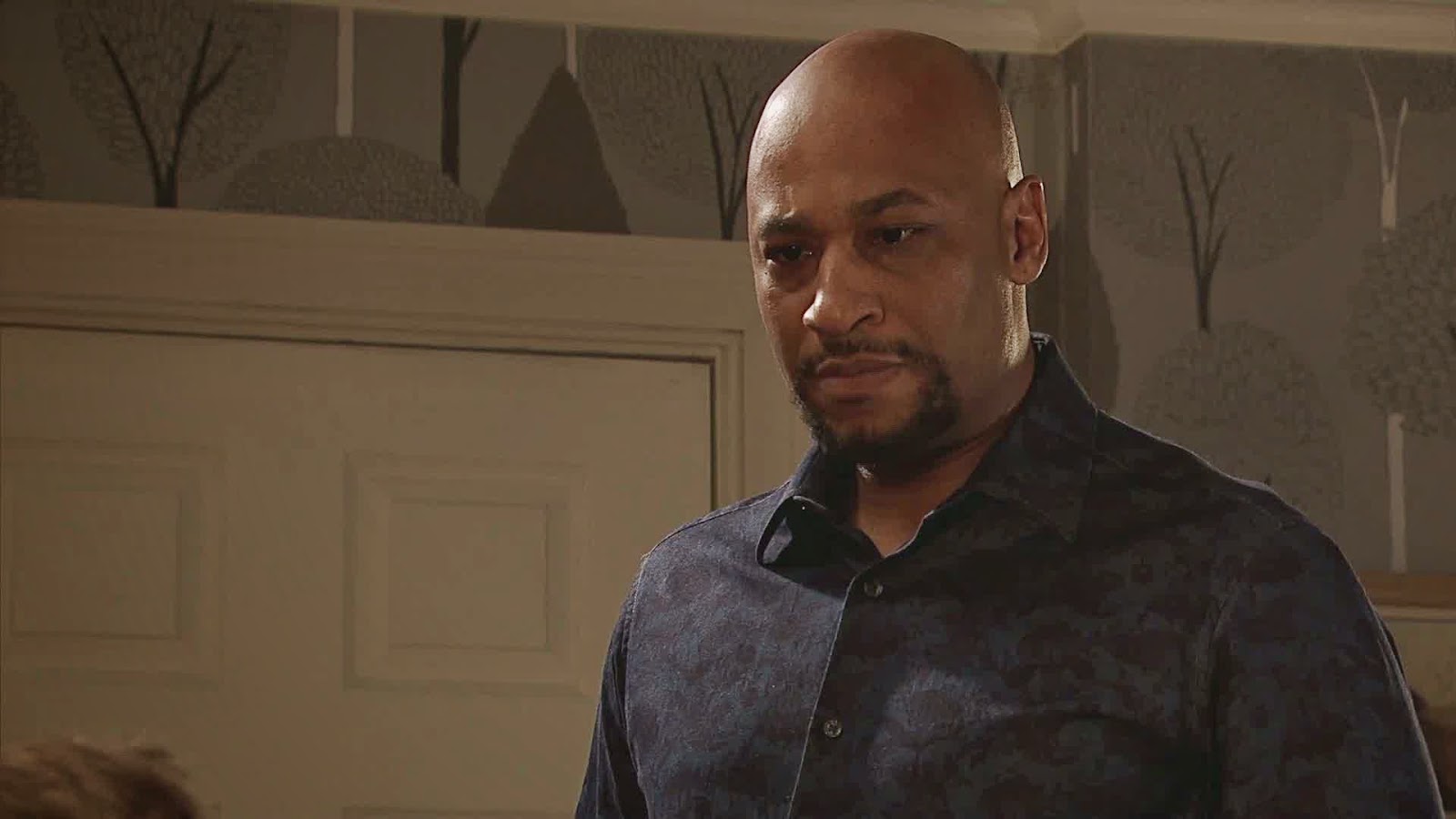 Steve likened Liz and Tony to a car crash as did a few others and Tony played the heavy and warned Steve off. I don't think Tony will do anything to Liz directly but I imagine she'll find out about him doing something dodgy, letting Jason down, and kick him to the curb. The actor is very good, though, and the storyline is interesting to watch.

After Gary nearly killed Phelan, or at least gave him a nasty bruise, Phelan has them just where he wants them. No profit for you! Pushing and winding up Gary and Owen both is not going to help matters. Gary will be pushed to the edge I reckon. This building deal is going to get very messy. I think Owen will get back the money he put into it by contract, but that's it and he might not even get that if he starts trying to rip off Phelan and gets caught at it. Gary didn't get caught breaking into the house but something's bound to give. 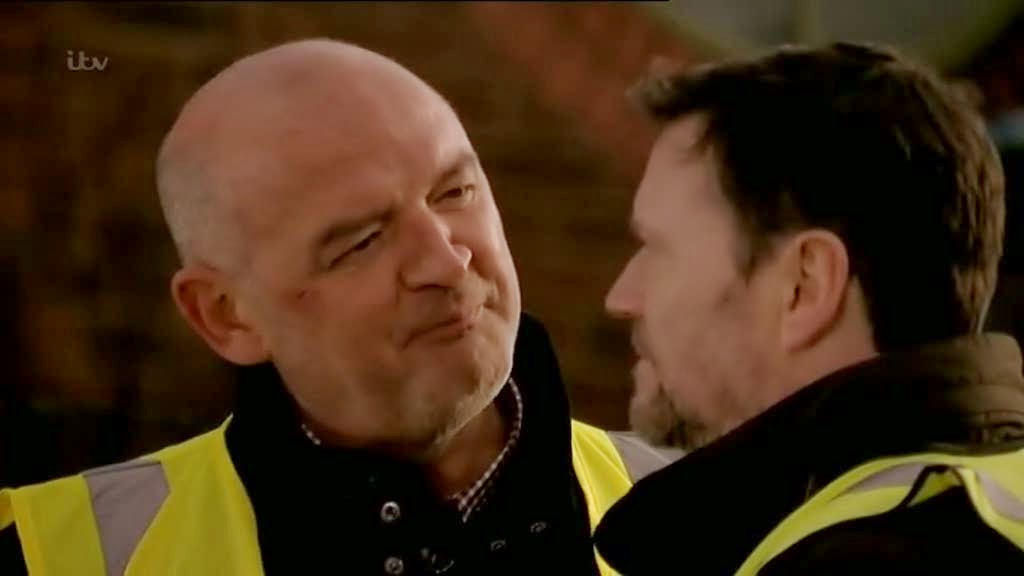 I speculate that Phelan is going to end up really dead the next time but though it will likely be Gary or Owen accused, I also speculate that the "expendable crew member", aka the real killer, will turn out to be his wife, Valerie. I'm still enjoying the storyline, too. Phelan is such a watchable villain that even though it's frustrating watching Anna, Gary and Owen blunder around like idiots, i don't mind!

Now a few short notes: I like Steph. A lot. She's a bit dim but she's turning into a loyal friend and can tell you some home truths when you need it. I wonder how she learned all that at such a tender age? Inquiring minds want to know. I like her bother Luke so far, too. He could be a good addition to the show depending on what they do with him. I'm not overly bothered that Kevin's back. I hope they keep Sally and Tim together and give Kevin a new direction. Sally and Kevin are so over. While the actress playing Maddie is very good, I really hate the pairing with Sophie. If Jenna and Sophie had nothing in common, Maddie and Sophie have even less. There's no chemistry and we've done the redemption of the down and out girl with Becky and even Kylie. 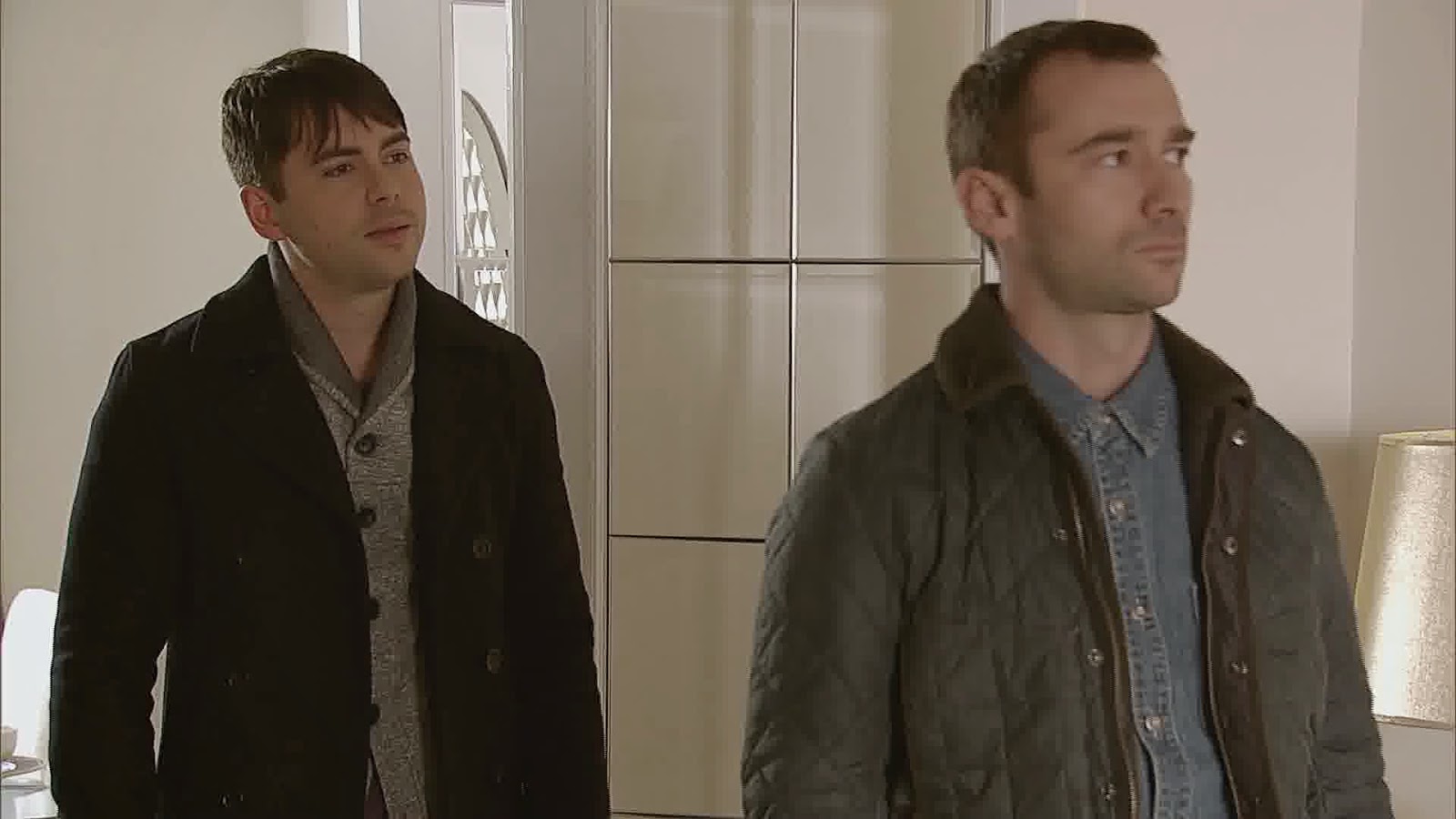 I could understand Todd keeping his relationship with Marcus a secret from Sean as a kindness since they used to be together, but only if Todd were serious about Marcus, which he isn't and only if Todd were a truly kind and thoughtful person. Which he's not. And now Todd has successfully proven his point, that he could get Marcus back to the "dark" side. He's making out that he really cares about Marcus but I don't buy it. Ok. To be fair, maybe he's developed a bit of a crush but it certainly wasn't that way to begin with and I'm glad Marcus figured out straight away that Todd was playing games with him. Will he still end up with Todd? I don't know, possibly, but not for long I shouldn't think.

Maria is in bits after yet another disastrous relationship and this one looked like it might actually work out. Marcus is certainly one of the nicest men she's ever been with, other than Tyrone. The rest have all be selfish, in love with someone else, or even, in Tony's case, murderous. Many of them had an agenda and probably Marcus did too, because he wanted the family but I believe he truly does love Maria. It was never meant to be.

And finally, it seems we're going to see the end of Stella, she who used to be the Mistress of Beighe and has turned into the Black Almost-Widow. Have you noticed? I wonder if the Powers That Be  have switched her wardrobe from mostly beige to mostly black for a reason. It seems to have happened after the Karl calamity. She's not been a favourite of most fans. I can't say I hated her as much as some but she never gelled for me. I, like many, resented the fact that she was pushed into every storyline in an attempt to get the viewers to like her and get used to her. Instead, it felt like she was intruding, especially when Betty died. Since Betty Driver had mostly been off screen, we never bought that Stella and Betty made friends because we never saw them on screen together. Logically, of course, they would have but nobody accepted it.

I wasn't a fan of the actress herself, her methods and acting style. I found her lacking in emotional scenes and that whispery little voice drove me nuts. Funny, though, when I think of that, Gail's voice doesn't bother me and it's fairly whispery most of the time, too, but Gail is a far more interesting character.  I also felt kind of bad for Janice Battersby who raised Leanne and never gets so much as a mention anymore. She may be off screen, but Leanne did used to speak her name now and then, or call her. Janice did all the hard work raising Leanne, not Stella.

I did like her and Gloria together as mother and daughter and I thought that worked, though that could have a lot to do with Sue Johnston who has chemistry in buckets. I enjoyed Gloria but she was very underused. I also love Eva and I hope she stays with the show. She's a great character.