In honour of Sally's birthday this week, I'm reproducing an updated character study i wrote about Sally and what makes her tick. Sally's always been a favourite character of mine even when Sally Webster has been at her most obnoxious.

Let's examine the evolution of the Coronation Street character, Sally Webster who arrived on our screens in January 1986. She was a young firecracker, gobby and brash, some might say "common". She came from a struggling family with a violent father and her family were no better than they should be, according to Hilda Ogden. She debuted with a splash, literally! She was on the street waiting for a bus when Kevin John Webster drove by and through a puddle and splashed muddy water all over her. She was furious as she was on her way to a job interview. Thus began Love's Young Dream of the 1980s. 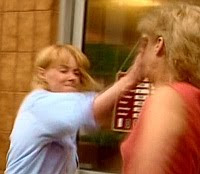 Sally was full of spirit, tended to the bossy side and always wanted Kevin to better himself which would elevate her own status as well. Several times, she tried to get him to buy the garage, urging her lackluster husband to become his own boss. Kevin was never that keen on running the place which frustrated Sally to no end. Even then, she had aspirations above her station. Motherhood in the 1990s made the character of Sally a bit boring, immersed in motherhood and sweetness, but when Kevin was seduced by the predatory Natalie Horrocks, her claws came back out with a vengeance. Kevin was out on his ear and Natalie felt the force of Sally's wrath on the side of her face (not to mention the repairs that were necessary when Sally flooded Natalie's bathroom and printed "SLUT" in the mist on the bathroom mirror).

Sally found being a single mum was very difficult. She took Kevin back temporarily, for the sake of the girls and for security which had always been lacking in her own childhood but that didn't last long when she was drawn to the devilish and violent Greg Kelly. That affair blew up her marriage again. It took Sally awhile, and several men, to find her way inevitably back to Kevin. In my opinion, she didn't really love Kevin and I always thought she was settling for security for the children's sake though she did care about Kevin. I think the love has grown back over the years again. 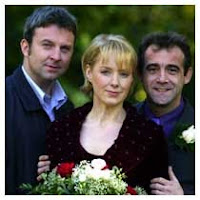 So there she was, back in a marriage that really didn't mean that much to her at the time but which kept her family together. She sees herself stuck in a back street, working in a factory, husband running a small business which could have been so much more, with her own ambitions well and truly thwarted. Her fling with rich Ian Davenport was little more than prostitution to gain financial security for her family and help pay for Rosie's private school fees. Ian uses her as one in a long succession of women. When he's done with her, she's bitter and resentful, she comes crashing back to earth, having risked her family for a callous fling and it stings even more because Kevin knows down deep his wife was unfaithful but was willing to overlook it anyway. 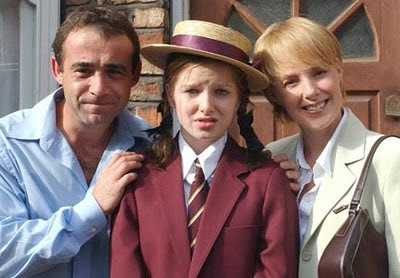 Sally turns her ambitions to her oldest daughter, Rosie. When Rosie expressed a passing interest in being a pop star, Sally pushed her onto the stage where she was miserable. She then pushed Rosie into a posh private school and railed against Rosie dating a neighbourhood lad from a family with a somewhat shady and violent past (too much like her own). The final straw was discovering that Rosie and Craig were having sex even though they were approaching it sensibly. Sally's emotions and nerves crumbled and she took Rosie on a wild drive across the M62 en route to a boarding school. Kevin caught up and cradled his broken wife, who *still* moaned about *her* broken dreams and life in a back street, wanting more for her children than she had.

In the last few years, Sally has been working in the factory and watching her daughter make bad choice after bad choice and *still* making excuses for her! She was proud when Rosie became part owner of the factory because it meant she was making something of her life, but was crushed to find out Rosie was taken for a mug and lost all her cash. But it's not that Rosie has not given her other worries. Because of Rosie's affair with Stape, Kevin went to jail and I think that Sally became just a little more realistic where her oldest daughter's failings are concerned. Still, she'll defend her chicks to the death, even stooping to childishly paint over Fiz and John's windows when John got out of prison and moved in with Fiz.

Sally has just survived a struggle with breast cancer, cut short on screen by the real-life all too similar crisis for the actress herself! Sally Dyvenor (she's taken her husband's name professionally) is doing well and it seems Sally Webster has made a recovery as well.

She didn't know that Kevin had an affair with his best friend's wife, someone that Sally seems to take great relish in looking down on. Molly seemed to be encroaching on Sally's territory (more than she knows!) with the business and bookkeeping. Molly was pregnant and couldn't know if the baby was Tyrone's or Kevin's. Kevin finally stole the baby's dummy and had an instant DNA test that proved baby Jack was his son but he still didn't want to be with Molly and the baby.

Molly decided to leave Tyrone and on the day she was going, the tram crashed into the corner shop, trapping Molly under the rubble. Sally, who had bonded with Molly because she'd delivered baby Jack in the Dobbs' living room, crawled into the rubble and sat with Molly while the rescue workers tried to get her out. Molly's dying words to Sally revealed the affair and paternity and, believing it, Sally confronted Kevin. He admited it and she threw him out on his ear.

In spite of initial shock and objections, Sally was also able to accept her daugher Sophie's declaration that she is gay. It's still a bit of a struggle but Sally supports Sophie. Will she still do when things finally get physical between Sophie and Sian?

I've heard a lot over the years about how Sally has changed but I don't think she really has. I think her personality has progressed very logically considering where she came from and what's happened to her over her life to this point. I think Sally has always been a great character to watch evolve, even if she hasn't been a likeable person at times. Everything they have created with both Sally and Kevin has really been in line and consistent with their history. That's Coronation Street at it's best.