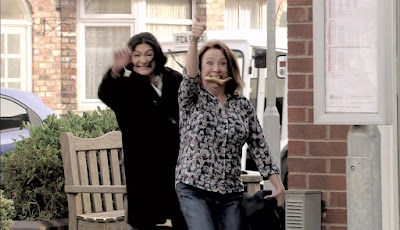 Someone's getting married this morning and she bounces out of Number 6 with Yasmeen behind her, waving and smiling at everyone she sees as she bounces into the salon to get her hair done. 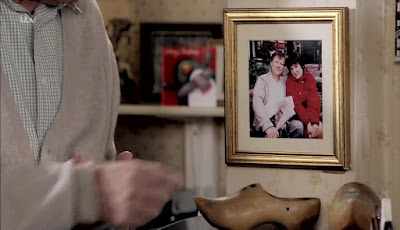 Someone else is getting married today and he is looking like it's the last think he wants as he peers through the nets at his intended who is full of joy. "I'm Getting Married In the Morning" chirps cheerfully from Cathy's countdown widget, having reached the day. Roy shuts it off with a sigh. He wanders around the flat, picks up the dictaphone from the table and moves it elsewhere, then slowly eases off his wedding ring, the one Hayley gave him. He sets it on one of a pair of wooden Dutch shoes under their photo. 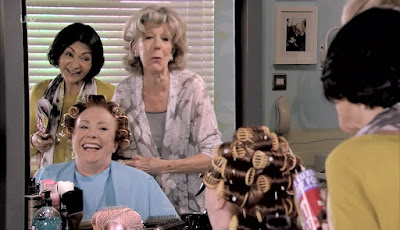 Cathy's a very happy and excited bride. Her maid of honour, sister Nessa, is the traditional BridesmaidZilla offering too much information all the time but Cathy's friends are all very happy for her. 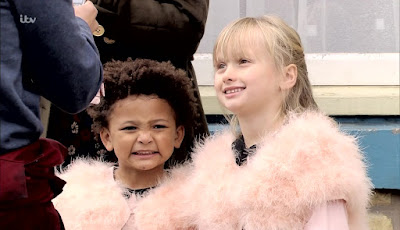 Meanwhile, Fiz is ticked off with Tyrone for falling out with Roy. Alex impresses Roy with the fact that you can indeed have more than one "happiest day of your life" by citing there could be two "highest mountains in the world" if they were the same height. Wise. Two little flower girls are equally the cutest things ever, proving Alex's theory. 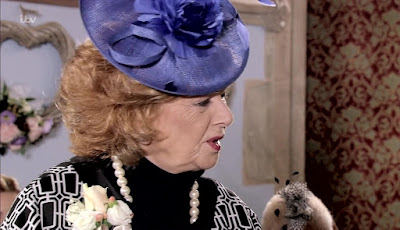 The spectre of that dictaphone is hovering, however. Roy has moved it off to one side in the flat but Cathy has a last minute wobble over her vows and goes to find it. We can all see what's coming but it isn't there yet. People start arriving at the church, Sally in her Donna Karan suit, Rita in a bright purple hat, Mary with curled hair and a flower behind her ear and Sinead in a fab plaid coat.

Ty and Brian decide they're going to make up with Roy and come running, Ty still in overalls and Brian in his track suit. Roy accepts their apology. 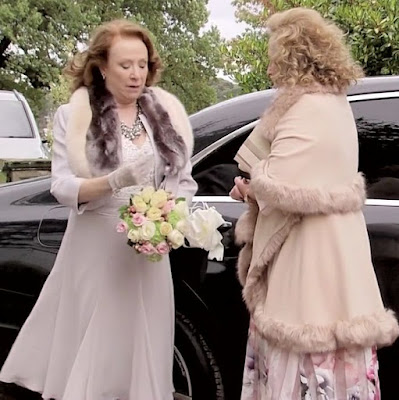 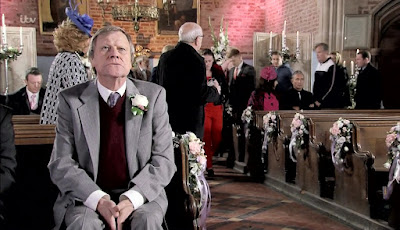 Roy waits inside as people file into the church.  He's still looking like he wants the earth to swallow him up whole. 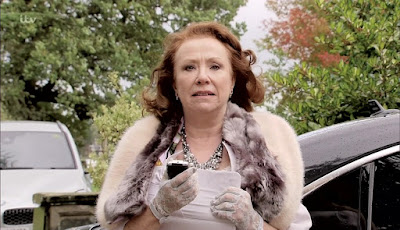 In a moment alone before heading into the church and down the aisle, Cathy listens again to the vows she recorded but this time she hears Roy say that even if the wedding isn't what he wants, he's going to honour his promise. Uh oh. She visibly deflates as the scales fall from her eyes and perhaps she can now see what was right in front of her all along. She heads to the church anyway instead of running the other way. What's she going to do? 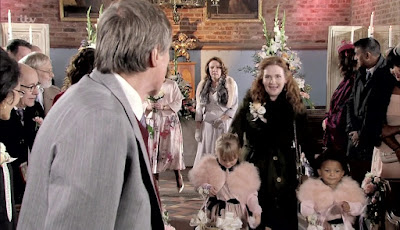 She got up the aisle, looking nervous and distracted. To Roy's credit, he did say she looked nice. 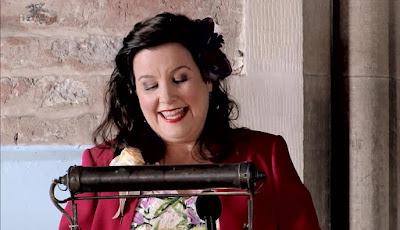 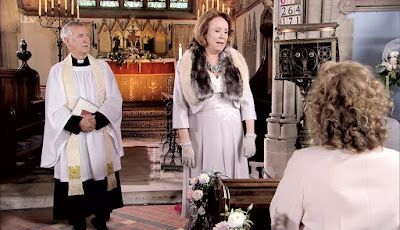 Tyrone nor Fiz got the chance to do the next reading because Cathy stood up and confronted Roy with what she heard and called off the wedding. 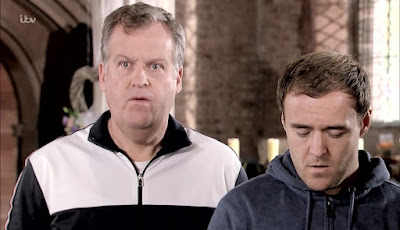 She didn't scold Brian and Tyrone for their part in it all but they did look very sorry. 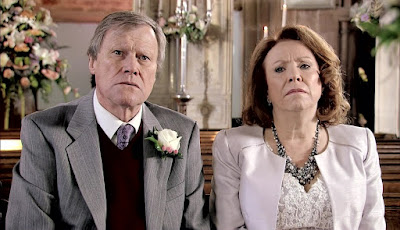 Then it was just the two of them. Roy really wanted to do the right thing and he's very fond of her but it isn't love, is it? They had a very calm discussion about not displaying how you feel, something Roy admits has difficulty with. She is not holding him to his promise and explains they would be better off as good friends. 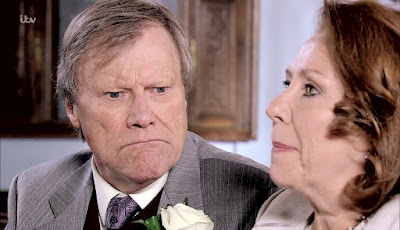 Again, Roy didn't do what I think she was hoping he'd do. He agreed that her suggestion was the best way forward. I think she wanted him to profess undying love ("whatever that means")  and insist they get married and be happily ever after. 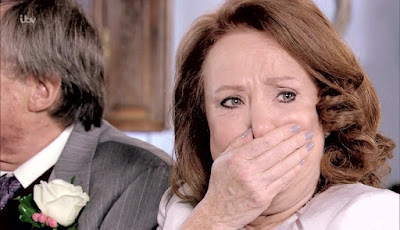 It doesn't work that way with Roy. 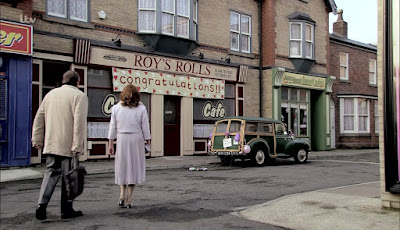 Back at the cafe, which was hung with a Congratulations sign courtesy of Alex, Cathy packs some things to move out to Yasmeen's. At last we find out why she wasn't living at her house or letting Alex live there. She mentioned not wanting to throw out her tennants so she's rented it out. 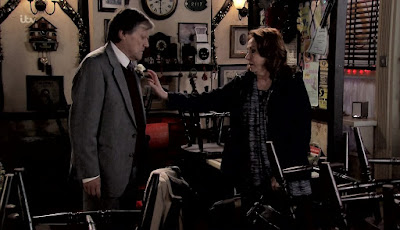 She loves him. Before she leaves, she tells him so. He can only reply "Thank you". 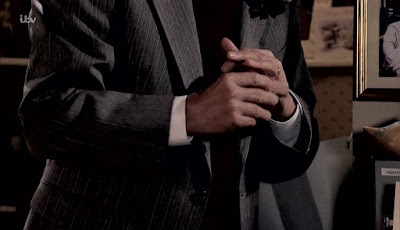 Upstairs, on his own, he puts his wedding ring back on. There will be no new Mrs. Cropper for Roy Cropper. The first Mrs. Cropper still owns his heart.