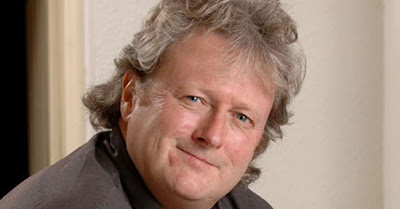 With the latest rumours suggesting that Charlie Lawson may bring Big Jim McDonald back to Coronation Street, there are fans jumping for joy and other fans cringing. I'm one of the former. People accuse the character of Jim as being a "one trick pony", coming in to do the same things over and over. He'll try to get Liz back, she'll be tempted, he'll mess up, argue with Steve, probably do something stupid and leave. Lather, rinse, repeat.

And maybe it will go down like that, with lots of Jim's sayings to pepper the pot. "The Big House", "So it is", "I'll tell ye this and I'll tell ye no more", "Ach to be sure" and calling Liz "Elizabeth". It ought to be a drinking game! Fans of Jim squeal when one of his familiar sayings slips out. You feel let down if one's missing, in fact.

As far as being a one trick pony, when I look back, there are many, many characters that are just the same. Stan Ogden, anyone? (Drink, cower under Hilda's wrath, cook up schemes, evade work where possible. Repeat. And the same could be said about Jack Duckworth) 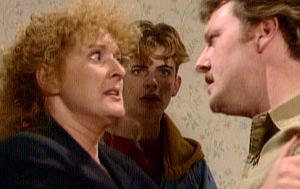 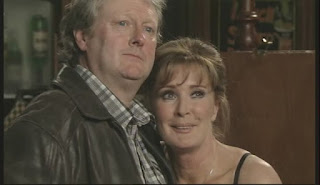 But the main reason I would love to see Jim back for a visit is the chemistry that has always been there between Lawson and Bev Callard as Jim and Liz McDonald. It's there with Simon Gregson as his son, as well. They all three just leap off the screen when they're in scenes together. It's not just familiarity that comes with acting together for a long time, either because it was evident even in the early days of the McDonald clan.

Jim and Liz were always a fiery couple. Jim had a quick temper but Liz had a volatile one as well. She was never cowed by him and stood up to him frequently, especially if she was defending one of her lads against their father's rages. It became too much, Liz started to look elsewhere, and they divorced but Jim is the love of Liz's life. He's edgy and a bit dangerous and she likes that in her men. I think that's why she seemed so suited to Tony Stewart. They are exciting and she knows they're probably going to let her down in the long run but she just can't resist.

Jim swept her off her feet as a teenager and they married when she got pregnant. She may have regretted that she was more or less a single parent because of his duties in the army but they had that passion that never really left and that's the passion she remembers when he comes around, even after years away. They fit together like two halves of a pair of scissors. 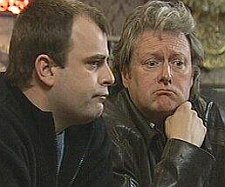 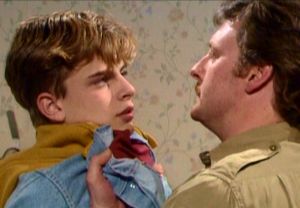 Will we see Jim return? There's always a possibility as long as Jim is alive and the producer and writers cook up a story. As much as Steve and Liz keep washing their hands of Jim and his monumental mistakes, Jim is still Steve's dad and Liz will always be in Jim's heart. She'll always be tempted even though she knows he's not good for her. Jim is Amy's granddad and they love each other. I think conversations between Jim and Amy as she is these days would be a joy to behold. 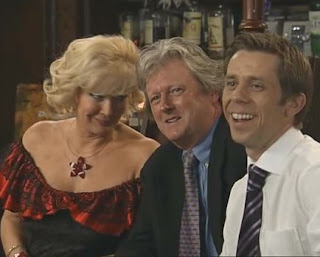