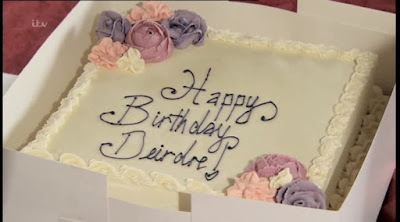 I've just finished watching the episode where Bev Unwin brought the bad news of Deirdre's death to Weatherfield on Deirdre's 60th birthday. Everyone was excited to see her. Ken had bought her a new stove! She might not have been as excited about it as he was but she'd have appreciated the sentiment. He let Liz organize a party. Tracy came back from London in time for it, too, and the kids decorated.

Watching the reactions as the news spread through the pub was not easy, especially when you know that the actors were chanelling very real grief into their performances. I don't think there was one unrealistic performance and every one of the actors hit it out of the park, even the ones that don't normally do emotion very well or very often. 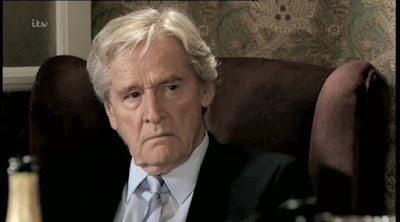 I was waiting to see Ken's reaction in particular. William Roache doesn't often put a lot of emotion into things, I find. Once in awhile, when Ken is really angry, Roache pulls it out. This time, though, it was on the money. Very much how Ken would react. Frozen at first. I thought, oh here we go again, but no, it's exactly how Ken would take the news. Shock. Numb. It can't be real. 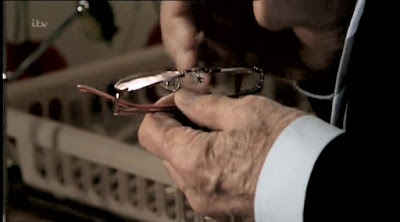 The first real crack in his demeanor was when Bev gave him Deirdre's glasses. I have to say I'm a littly, tiny bit disappointed that they used that ploy. To me, the classic scene of Hilda Ogden crying over Stan's glasses really can't be beat or duplicated but I'm not very objective. Bev said she didn't know what to do with the glasses. Why didn't she have Deirdre's wedding ring and any other jewellry in her bag as well? That would have all been handed over by the hospital.

Never mind. Of course Ken would have been overcome over the glasses. Deirdre was all about rocking the specs. It was her character's defining prop, that and her chain belts! 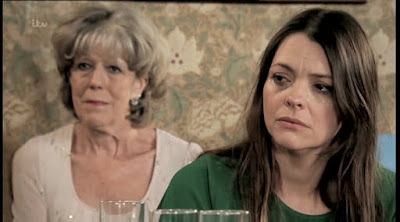 Audrey was in bits, just so, so sad, and wasn't she kind to Tracy? She made sure Tracy felt the full measure of Audrey's sympathy. We all know that nobody really likes Tracy but also, nobody really wants to see anyone lose a loved one, even the Street troublemaker. Tracy was a bit selfish in her reactions, as you would expect. She muttered about Liz "bigging" herself and her grief up. But she has to be Tracy and Tracy *was* close to her mother even when they were at odds. TracyLuv, that's what Deirdre called her daughter and that certainly hit hard when Audrey called her that. Liz was Deirdre's best friend. Liz was brave, she touched up her makeup and faced the pub to give them the news, just like a landlady should. She got through it and then broke down. Steve was concerned for his mother, as he should. Over in the booth, Emily's reaction was the one that got to me the most. Deirdre was like a daughter to Emily and again, Eileen Derbyshire played it perfectly, with her own best friends, Rita and Norris at her side to comfort her. I'd say Rita has known Deirdre just as long as Emily but Deirdre was far closer to Emily. A mother figure to Deirdre as much as she was a daughter figure. 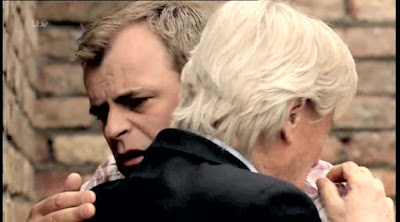 Ken. At the end of the show. In the ginnel where Deirdre had snuck many a crafty fag, starting up at the stars. I give full marks to Steve. Instead of backing off and running for cover, like he probably would have done a few months ago, unable to cope with anyone else's problems, he stood up and went right over. Ken broke down and Steve gathered him up and held him. That was probably the best scene of the night.

The rest of the week will see the news spread but nothing will have the impact that tonight's show did. 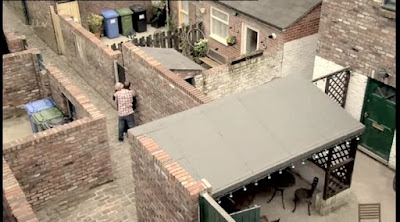