When children have children I, like everyone else, sighed and rolled my eyes when I first heard about Faye's pregnancy storyline. Knowing this storyline has been done before on Corrie, back in 2000 with Sarah Louise Platt, I couldn't think how they could do it differently enough to keep me interested. I have been proving very wrong. This storyline has kept me coming back for more every episode in which it was featured.

The Conversation Street podcasters this week hit it right on the money. Sarah Louise's pregnancy was told from Gail's point of view where Faye's has been told from the point of view of a 12 year old. You will recall that we viewers knew that Martin was having an affair in the run up to Sarah's pregnancy reveal and the marriage was on the rocks even though Martin stuck by Gail while Sarah went through the pregnancy. It was still Gail's story.

This time, it's all Faye's story. A little girl terrified that her adopted mother would decide she's too much trouble and unadopt her. She got along to her seventh month before she even figured it out herself. She'd gained weight and had been bullied for it at school. Dieting to try to lose the weight kept her size small and baggy clothes hid the rest of it. I've known women who were petite and barely showed at all when they were ready to give birth so it's credible to me that Faye was never obviously showing a big bump. 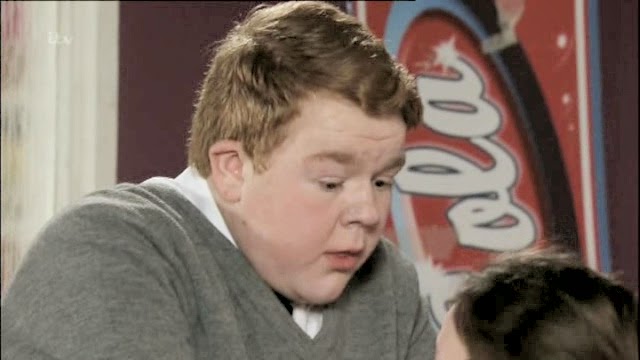 Ellie Leach who plays Faye did a fantastic job and the other star turned out to be Colson Smith as Craig who supported her, tried to be her voice of reason and did everything he could to help her. Every girl wants a best friend like him! Craig is 16 but he's not one the more mature 16 year old boys, all raging hormones and sweaty gym socks. He's a lovely, sweet lad and Colson is revealing himself to be a talented actor. I was watching his face while Faye was in labour and saw the flicker of relief when she asked for her mother. He was finally released when Anna arrived and he ran home to the safety of his own mother in the wake of Owen's anger and suspicions, too traumatized to defend himself at that point.

I hope Craig continues to be there for Faye regardless of how this plays out. The young actors have made this story infinitely more watchable.

It was interesting to bring Sophie into the mix. I don't quite understand how she couldn't hear Faye screaming over head but could hear little bumps as Faye and Craig moved around but never mind. Faye very much appreciated her presence while Craig was frantically looking for Anna and Sophie is always one to reach out to be a friend to the younger kids when they need it. You may not realized it but Brooke Vincent and Ellie Leach are cousins so I'm sure they're tickled to finally have some proper scenes together. 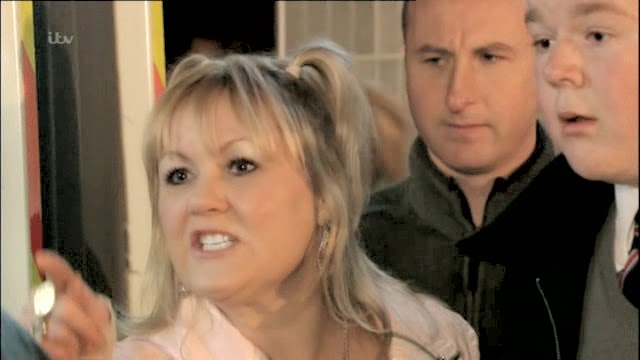 I enjoyed Beth and Kirk's reaction to Craig's news, too. Beth, like pretty much everyone else on the Street is going to do, suspected Craig is the father of the baby but she also believed Craig when he swore it wasn't his and Beth is always fierce in her defence of her own chick and everyone knows it!

Another bit that I thought was a wonderful touch was Tim telling a labouring and scared Faye how he felt when he first held her in his arms. I think it reassured Faye a little bit, knowing how much her father loves her. 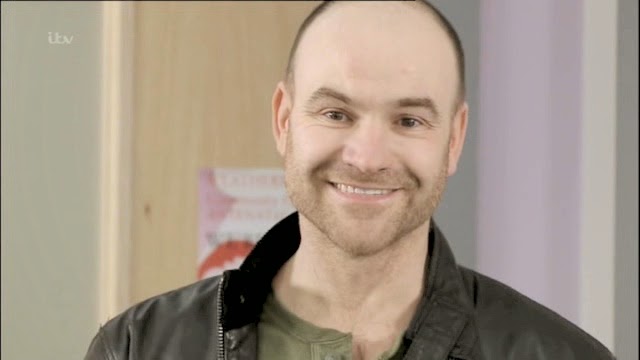 I'm not especially looking forward to Anna's hand wringing and teeth gnashing, awash in guilt for not suspecting and berating herself because Faye was too scared to talk to her. I am looking forward to Sally lording it over Anna. For all Sally's parenting stop and starts, neither of her children have put her through something like this! She will conveniently forget Rosie's affair with John Stape! I'm looking forward to Tim relishing his new role as a granddad, something he's already delighted with. I wonder if there will be clashes between Tim's protective instincts and Anna's.

I really hope that Sarah Platt finds a few minutes to bond with Faye. I really hope the writers/powers that be don't drop the ball on this one. Gail could be a support for Anna and Sarah certainly could provide Faye with some insight.