It's not all about Michelle 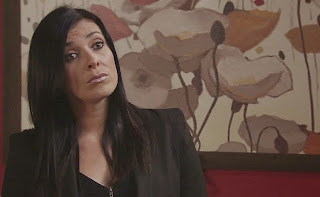 We have seen the beginning of the storyline focussing on Steve struggling with depression. As many others have said, Steve is a very good character to carry this.

Depression can strike anyone, even the usually happy-go-lucky people like goofy Steve. Simon Gregson is an underrated actor when it comes to serious stuff but I've often seen him do some really great acting when the acting gets tough. I can remember quite a few scenes during his time with Becky that he had to pull out all the stops and he could be breathtaking. He's come a long way from that fingernail chewing scallywag he once was!

There has already been one scene with Liz who showed concern, noting that he's not been himself. His mother sometimes shows a bit of disrespect for her son but she also knows him better than anyone, even his current partner, Michelle.

Michelle is going to start worrying that Steve has gone off her. It's annoying that Michelle sees something different and immediately thinks it's got anything to do with her. But on the other hand, that's typical of her. She's long been dismissive of Steve and treats him appallingly. She doesn't show a lot of respect and can be a bit of a bully to him, too. I often feel she treats him like a naughty child. It's going to be painful watching her moan and whinge while watching Steve suffer and try to hide it. I'm sure Liz will suspect there's more going on but he'll keep everyone he loves at arms' length until he will eventually have to admit he needs help.

I'm looking forward to seeing this play out even if I expect I will be shouting at the screen every time Me-chelle whines. If there was a genie in a bottle, I'd wish that this would break up Steve and Michelle because I never thought they were suited but I doubt that's going to happen. Michelle will get her knuckles rapped and a hefty piece of guilt-sauced humble pie and be very supportive once Steve is finally coming out the other side.

As long as she doesn't overdo it by spoonfeeding his medication and scheduling rests and downtime for him.
Posted by Tvor at 11:31