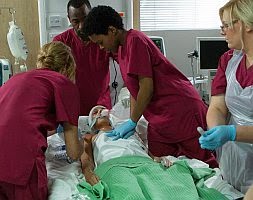 June started off in tragedy. Tina McIntyre was murdered good and properly by Rob Donovan. She survived a fall off the balcony over the builders' yard which she approached through a door in the flat. A door nobody ever knew existed. Never mind. Rob took an iron bar and bashed her over the head but when Leanne and Kal found her, she was still alive. Touch of the Terminator, was our Tina. I was hoping we wouldn't go for a rerun of Rob killing her in the hospital like Karl did Sunita. Surely they wouldn't be that stupid? They rerun a lot of similar storylines, but, no, Tina died of her injuries with Rob outside looking in. Rob is now a murderer and Marc Baylis' time on the show is officially limited. How long that will be is anyone's guess.

Carla was found looking over the balcony at Tina's body and nobody knew if she'd pushed her. She was certainly angry enough, having just heard that Tina and Peter had been having an affair since her and Peter's wedding day and she'd stormed over there vowing to kill her. Oops! But we veteran soap watchers know that the one that utters threats like that in public is never the one that did it. *Usually* it's a minor character and I was sure it was going to end up being Tony so kudos to the powers that be for having it be a main character, although the "Last one in, First one out" principle does apply here. Where this leaves Rob and Tracy is anyone's guess but it's always been unlikely that Tracy Barlow would have a happy ending. She's messed up too many other peoples' happy endings for that.

Rob is intent on placing the blame on Peter and it feels like Rob has almost convinced himself. Peter should take a lot of the blame for a lot of things...the affair, the drinking and all that stress that caused or contributed to Carla's miscarraige. Rob takes all that on board and that's become  his mantra. Peter's reeling around the neighbourhood, stinking of booze and trying to grovel to Carla. Good luck with that. Poor Simon. It's no wonder that child acts like a 6 year old with what he's had to deal with in his short life. But where was Leanne at the funeral? I can't believe she'd have let Simon go without her, his erstwhile mother, the mother that fought tooth and nail for him. 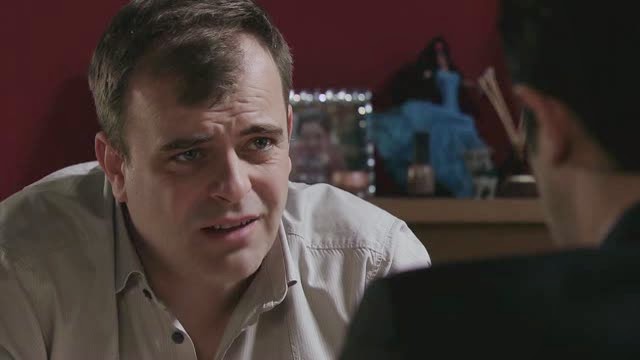 Another victim of all this is Steve. It's hit him hard because he knew about the affair and didn't tell but he was in a tough spot. He was told in confidence and Peter kept saying he was going to end it with Tina. Liz had a pretty good idea too but didn't come in for nearly as much flack from Michelle who walked out on Steve for a minute. I'm not going to go into how much I really feel these two never ever suited each other. I could go on for many pages so I won't.  It seemed to have sparked a mid life crisis in Steve who turned 40 at the end of the month. He recognizes that he always takes the easy way out and is somewhat of a coward. He's vowing to change. Time will tell.

One thing that really annoyed me is that we only got to see Tina's mother days after she died. Rita thought maybe someone should call her mother while they were holding vigil in the hospital. I would have thought the police would have done that straight away as her mother would be Tina's only next of kin so that was unbelievable. We know Tina has usually said she doesn't get on with her mother that well and that's ok, that solves the problem why mother wasn't around for most of the crises Tina's had but this time?

Legally, her mother had to be the one to make any medical decisions if Tina was unable. If they'd had to pull life support, even Rita would not be allowed to say one way or the other, not without her mother's consent. Plus all this would likely have been in the newspaper. If the police hadn't contacted her, surely she'd have seen it? And if she was out of the country, would it be so difficult to have a throwaway line from one of the characters to that effect? Doesn't work for me.

Anyway...On the other hand, a really wonderful development has seen Roy reaching out awkwardly to support Carla with his quiet dignity. No matter how often Peter came up against Roy while trying to get to Carla, even he doesn't have the heart to get in Roy's face. Roy just has so much dignity and he's not a fighter. That is pure Corrie gold. 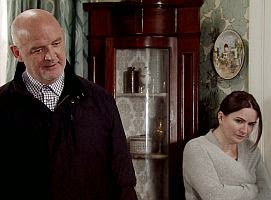 Elsewhere, across the road, Anna finally told Owen what she'd done with Phelan to save her family. He was shocked, gutted and ran the other way, grateful he had a two week away job to go to. I wasn't sure if the time away would help him get his head around it or bring it to a festering rolling boil, knowing his temper. And that's what happened. He returned and was absolutely vile to her and then has the gall to say he *could* forgive her. If he hadn't treated her like something he scuffed off his shoe, Anna might not have kicked him out. I can't believe she let him back in the house just for Faye's sake. That kid is another one that's going to go off the rails anytime. She's already had one encounter with alcohol and let's not forget, she had an addict for a mother. That kind of thing has been proven to run in families, with a much higher risk of it coming out in the children of an addict.

It's a horrible situation to have been in and Anna really felt she had no choice after Owen nearly burned the building site and Gary was working up to another breakdown. It wasn't rape but it was an arguable near thing. I'm surprised we haven't seen Phelan again and I guess that's because it's not about him as such anymore, it's about the fallout. It still feels like he's not paid for being so nasty.

I always expected Phelan would end up dead. I suppose he still could but it's too close after Tina's murder so it isn't likely now. And in that case, if he had died a violent death, I would have guessed the "expendable crew member" would be his wife but we may never see that now. We have to see if Anna and Owen will break up and if so, will they find their way back to each other. Katy, who has always been daddy's very vocal little girl, says she understands but can't forgive either. Izzy has more maturity and is supportive of Anna. She probably doesn't agree with what Anna did either but seems to see both sides of it. This has really been a good storyline, for me. Lots of twists and turns and a most excellent actor playing the oily creepy Pat Phelan.

Maddie and Sophie have taken a back seat this month. Thank you Powers That Be. It's the only storyline that I've really not bought into though Amy Kelly playing Maddie is very good. I wish they hadn't thrown her and Sophie into a romance and rather had Sophie befriend Maddie and help her to her feet, much like Hayley did for Becky.

Sally and Tim, meanwhile, are a joy to watch and if Kevin ever comes back, I really hope they won't put him back with Sally. I think far too much time has passed and viewers also have got used to there being no Kevin in Sally's life. She's moved on with Tim and they are wonderful together. Kevin needs to move on with his. 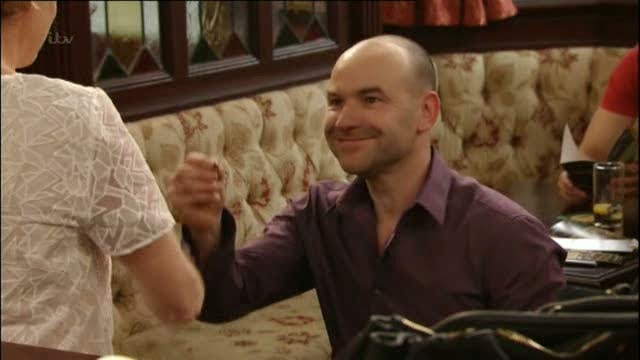 Some fans have suggested Sally and Tim could be Stan and Hilda for the new millennium. While Tim has remnants of the workshy Stan, Sally really isn't in Hilda's league. Hilda was never as snobby and upwardly mobile wannabe as Sally. Hilda wanted better but she was never going to come near it. Sally, on the other hand, comes tantalizingly close but is her own worst enemy at times. 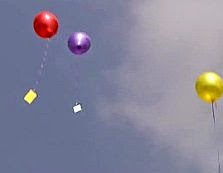 I think Steph is probably my favourite new character. She's daft and cheerful, loyal and good fun in the tradition of lots of Corrie young women like Gail (used to be), Suzi Birchall, Candice, Maxine, and even Rosie Webster. Eva is cut from the same cloth, too, somewhat but a few years older, and more jaded with life. Steph still thinks the world is her "Lobster" and is determined to live it fully. She's not had time and experience to become skeptical and downtrodden. She was gutted by Tina's death. They may only have known each other a few months but when  you live with someone, you do get to be close. I loved the little memorial that she and Luke and Katy had in the flat, sending messages to Tina by balloon.

That leaves us with Nick, Leanne and Kal. Now I always have felt that Leanne settled for Nick because she couldn't have Peter. She knew Nick loved her and had done so all his life so she knew he would treat her well. She probably had some unresolved baggage with him as well and she needed support and a step dad for Simon. She did love him in some ways but not with the lifelong passion and loyalty necessary and it wasn't five minutes after Nick made her leave that she'd taken up with Kal. Leanne can't be without a man in her life and Kal is the ideal rebound fella. It won't last because, as I said, she's rebounding. 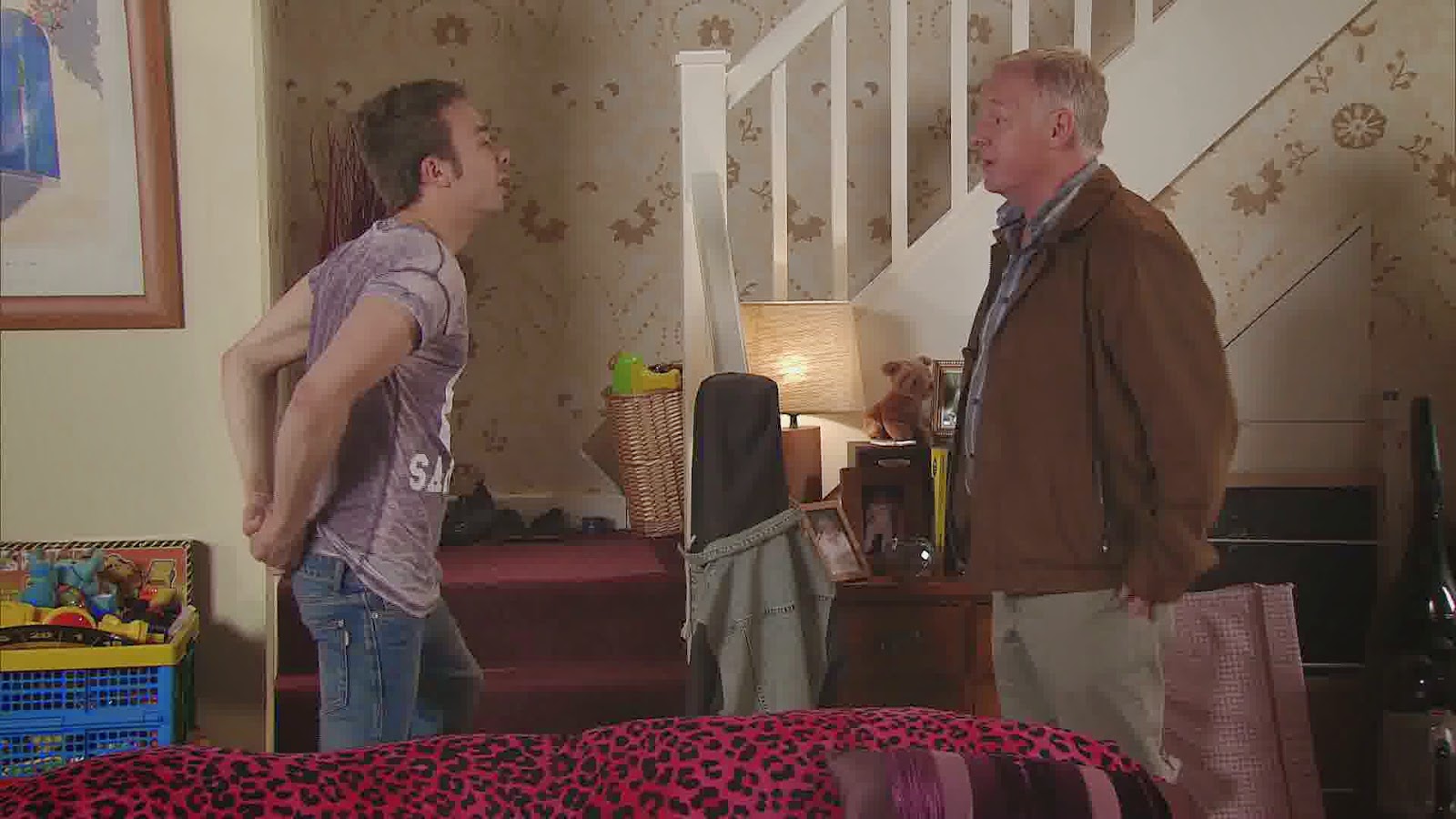 We end the month with a new storyline for Gail. The man who tried to burgle her house (who didn't really get away with anything because Gail and Kylie scared him first), apparently went to prison. I don't know that worked because  someone like him who didn't actually take anything would never have got a prison sentence, and he wasn't in the nick for long, either. And the restorative justice thing? Again, I don't buy that it would have happened to a first timer like Michael who's main crime is that he's just a bit wet and pathetic, really. Gail is going to help him get back on his feet and knowing Gail, there will be a romance. Again, a wrong'un but that's our Gail. Michael should run for his life. Only one of her husbands got out alive.

Visited the corrie tour today, from Essex, absolutely great, surreal to be walking on those cobbles, and how cobbly !
How right previous comments have been on how tiny those sets are!

I have to say though, Gail and Michael are well matched. Love the lightness of them together. Face it, most of the story lines on corrie are far fetched, such as his prison thing, which was silly for sure. So, that aside, and the fact that only the cheesie one got away, how about we give them a break. Maybe her curse has been broken. They expect us to believe every other character that gets a personality transplant, so why not this. I for one, would love to see Gail and Michael as a new comedy couple.