I don't buy it 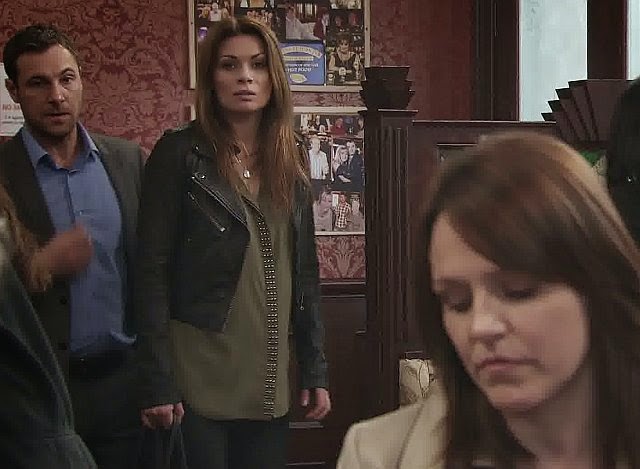 Most of us know we have to suspend disbelief when watching television, soaps, dramas, you name it. Often things are a bit off the wall, over the top or just plain unbelievable at times. Some things are far too coincidental or contrived. You sometimes find yourself thinking "this would never happen".  But we watch because otherwise, the stories are good and the acting and writing (we hope) are top notch.

I do like to pick up on small inconsistencies, continuity stuff ups and things like that. It can annoy me but it can also be a bit fun finding where the writers obviously haven't talked to each other to coordinate what they've written. Every once in awhile, though, something occurs that really glares. It stands out like the proverbial sore thumb and it's hard to swallow. I've enjoyed the whole Tina/Peter/Carla storyline, all the twists, ups and downs. But this week, in the wake of Tina's death (pun intended), her mother, Ann, has finally shown up.

Now, it's been mentioned before in the show that Tina doesn't really get on with her mother. We've rarely heard her mention her mother, even during the major crises in her life. Yet her mother told Rita that she spoke to Tina two months ago. Well. Ok. If you say so. The issue I really have is this: Tina was in a grave and critical state after her attack. The police were involved in an investigation. There's no way on earth they wouldn't have tracked down and contacted Tina's mother as her legal next of kin. Add to the fact that this would have been in the news and in the papers and her mother never showed up at the hospital? Nope. Don't buy it.

Rita did mention that someone should call Tina's mother and David said he thought Gail might have the number. And still she didn't appear. Would it have been so difficult to have a throwaway line from one of the characters to say Ann was out of the country or something? But no. And there was no explanation when she finally did show up. It all felt a bit like crocodile tears as a result, all that sentimental sobbing about a long labour and giving birth.


You can suspend disbelief but now and then the writers stretch credibility so far that it snaps like a rubber band in January.