With the onscreen death of Blanche Hunt forthcoming, it put me in mind of a character study I had written about her. I've done a number of these when I used to write for Corrieblog.tv and this is probably an appropriate time to reproduce it here with a little updating.

When I wrote for Corrieblog.tv, there was a suggestion from a fan who wondered how Blanche came to be a bitter old battleaxe when she used to be so light hearted. Interesting question! Blanche was always one of Corrie's strong women and she had to be, widowed fairly young with a young daughter to bring up. Her husband, Donald, was hit by a car which was witnessed by Deirdre herself though you rarely heard her mention it. Blanche was a corset maker by trade, something which has long gone by the wayside though we did see her adjusting a corset that Violet bought to wear clubbing. I think Blanche's profession could find a new niche in today's society!

Blanche, when we first knew her in the mid 1970s, always had an eye for the fellas though wasn't quite as "fur coat and no knickers" about it as Elsie Tanner was. Now and then she'd help out at the Rovers and I remember seeing her a few times giving one or other the glad eye over the bar. I personally kind of think she had a thing for Len Fairclough who didn't really have much time for her when Rita was around.

We met Blanche when Deirdre came to the street and got engaged to Billy Walker. The Hunts didn't have a lot of money but cheerfully made do. Deirdre was a hard grafter and very independent-minded, probably taught to be by her mother. But even then, Blanche was not backward in coming forward with an opinion or two and clashed more than once with the formidable Annie Walker who breathed a sigh of relief when Deirdre and Billy split up. Deirdre soon took up with Ray Langton and married him in short order and decided to wear a suit out of her closet for her wedding outfit. Blanche couldn't understand that but took over things anyway by arranging a photographer and a small reception in the pub in spite of Deirdre's wishes to have a small do. Blanche has always accused Deirdre of being headstrong but I think Deirdre comes by that quite honestly as well.

When most of the ladies of the Street headed to Majorca, Annie Walker actually conceded to Blanche helping out in the pub while she was away and Blanche did a great job of it. She also helped out in the corner shop now and then and even in her later years has done stints in the Kabin, the betting shop and the cafe as well, though she did more "supervising" than work!

Blanche lived away from Weatherfield for a number of years, returning on occasion to see her new granddaughter, Tracy Lynette and later to see Deirdre marry Ken and Tracey marry Robert Preston. Deirdre would visit her now and then and we'd hear that Blanche was running a hotel or a bar here or there. 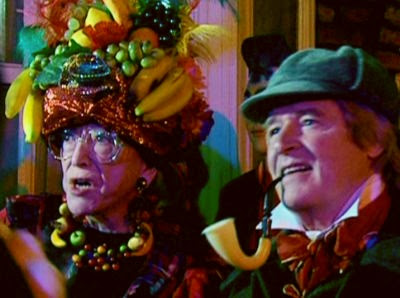 When Tracy got pregnant, Blanche was very upset that Tracy planned to give the Croppers her baby and she did everything she could to entice her to keep the child. She even bought Number 7, thinking that it would be a home for Tracy and the baby and it was for awhile but Tracy took full advantage and then took off to visit Peter for an indefinite period of time so Blanche rented it out to Danny Baldwin and eventually sold up.

With fellas, we've seen her have a fling with bookie Dave Smith and another with a man called Steve Basset. Even in her advancing years, she was still keen when the opportunity arose, having kept company with Archie Shuttleworth, the local undertaker, and Wally Bannister who she thought was rich but was only a gardener. Tracey was fooled as well and tried to get her gran's fella away from her. Blanche lost Archie due to her jealousy and negativity. So where did that attitude come from? 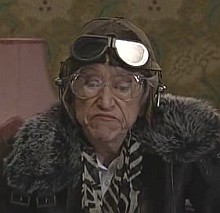 It's possible that it started with her ill health which can really change a person. In 1993, Deirdre went to her mother when her mother became ill after a stroke and that seems to be the start of Blanche's health problems. She's not always been that well since her return to Coronation Street in 1999, including having to have her hip replaced which she did cheaply in Poland. The wait times were far too long on the NHS.

I think she was always somewhat critical of Deirdre and saw her daughter make one bad choice after another. In spite of her criticism of her daughter (and of pretty much anyone else!) she does love her daughter and family and that saves her from being completely distasteful as a character. She can be nasty and hateful but also kind. As often as she would insult Peter for his drinking, you could see it hurt her deeply and she did a lot to help when she could. She and great-grandson Simon have a tender and loving relationship (even if she does use Simon to clean her room or help her tell fortunes to scam a pound or two!)

I think life has let Blanche down more than a few times. I think Blanche has not taken to old age gracefully and resents every year, ache and pain that has plagued her and i think she takes it out on those around her. Blanche always said what she thought but in her advancing years, definitely took advantage of it. A couple of years ago, she decided she would have a wake to find out what people really thought of her and was shocked when it was unflattering. She tried to mend her ways but in the end, decided that if people didn't like her the way she was, that was too bad for them.

I also think that the producers knew that Maggie Jones had impeccable curmudgeonly timing and saw her as the "new" Ena Sharples and expanded on that. Ena, of course, came from a much more moral point of view where Blanche is not above a bit of devious scheming. Ena once told Elsie Tanner that she would never write an anonymous letter. She'd sign her name in big black letters and stand behind it. I could very easily see Blanche writing an anonymous letter if a situation called for it. She certainly has gone behind Deirdre's back to try to interfere and manipulate Ken and Deirdre back together more than once.

Maggie Jones ably played Blanche for almost the entire life of the character though Patricia Cutts played her for the first three appearances. That actress died suddenly and Maggie was brought in and really went the distance. Her comic timing was impeccable and I'm sure the writers felt she was a gift! Nobody could pull off some of the things Blanche got to do, say and wear like Maggie! Grace Dent of the Guardian agreed in a wonderful article. Even Maggie Jones herself said that she never played Blanche for laughs, she played Blanche as completely serious about her beliefs, insults and it wouldn't have worked any other way.

Sadly, Maggie Jones passed away last December and Blanche was sent off to Portugal with a friend. Her death will be written into the storyline next month. As acerbic as Blanche could be, you just know there will be some 3 or 4 hankie scenes coming up. It's always sadder when an on screen death happens because the actor has passed away. Good night, Maggie, you will be missed.

Thanks to Corrie.net for some biography details.
Posted by Tvor at 08:48