The Fall of Tony Gordon

It's been a year in the making. A jealous Tony fitted up Liam, his wife's lover, and had his mate Jimmy drive the death vehicle. He immediately had some regrets because he found out Maria was newly pregnant and then he lost Carla anyway. He had panic attacks and the guilt shook him up a little. Maria worked out the truth but he managed to wait her out and then took a new plan of attack...suck up to the widow and be helpful and sincere. It worked. Maria thought she was wrong and took Tony's offered hand of friendship and it turned into love.

I really was skeptical whether Tony actually loves Maria or if it was all an act to keep her off the trail. I expect it was at first but it does look like he really has developed feelings for Maria. Perhaps it's the lure of a real, ready made family. Wife, baby, dog. Tony's father died young and he probably wasn't very old when that happened so grew up without a male influence. Perhaps that's where the need to be controlling comes from, who knows? In this, he has a similar background to another former Corrie killer, Richard Hillman who also grew up without a father. As we blogged earlier this week, and I agree, you're either part of Tony's World of you aren't. Why that is, we will never know. 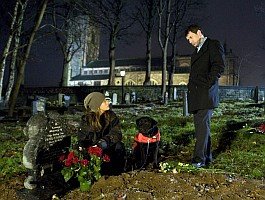 However it happened, Tony did fall in love with Maria and she with him. He thought they would have a future but Carla found out about them and she came back and Tony has become afraid that it will all fall apart. Carla knows the truth and it's only a matter of time. Tony coerced Jimmy into trying to kill Carla since nobody knew she was back (except the friend she was staying with, i should imagine!) and then when she managed to get the upper hand, he convinced Carla she'd killed him. She flees but he knows it could still all be a matter of time and the stress builds and builds until he's writing on the cobbles with a heart attack.

Roy saves Tony's life and between the drugs and the guilt, a confession slips through Tony's lips. Once he knows he's going to survive, Tony wastes no time sucking up and trying to convince Roy it was all a myth, drug induced ramblings, and a big mistake. He sends lavish gifts, he offers Hayley a good job, he even calls Roy's bluff to his face. Roy has become Tony's conscience. He presents the facts of Tony's guilt. Maria, Liam's widow. Liam, the son of the dead man.

MEN's Ian Wylie has published an excellent interview with producer Kim Crowther on his blog, The Life of Wylie, where she says "His relationship with Maria and becoming a father figure to baby Liam has been all about him trying to absolve his guilt and trying to be re-born. It’s all about redemption" and that of course, is it all in a nutshell. I never believed Tony was truly in love with Maria, and i always knew he felt guilty over Liam's death but only when he found out Maria was pregnant. Once he had her off the track and she thought she was mistaken about his misdeeds, he began to go over the top in typical Tony fashion to atone. When it all crashed and burned, he had nowhere to go but down.

Roy knows. Roy continues to poke Tony with a figurative stick and it's very clear to Roy that Tony is guilty. Tony is a murderer and cannot be allowed to get away with it. Black is black and white is white in Roy's world and in the world of a soap.

Hayley, naive and optimistic, never believes the worst of people. She sees all the grey areas but when Roy gets a bone, he is reluctant to let it go. Tony tried everything and continued to deny, deny, deny and Roy continued to poke, poke, poke. You know what happens when you poke a snake, right? He lashes out and this one certainly did. 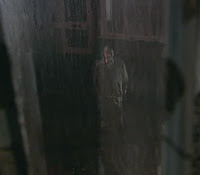 Gifts turned into threats and the Croppers know when they have pushed a dangerous man too far. Hayley now realizes Roy was right and, scared for their own safety, they go to the police and then get out of Dodge City for the weekend and the last shreds of Tony's world pull apart.

I'm not quite sure why they came back since they were scared Tony was after them but I'm sure their responsibilities drew them home because they wouldn't have known that the police would have waited until the day they happened to return to question Tony. Tony managed to steal their keys so I guess only one of them took their keys away with them. But I digress. Why he didn't think Maria wouldn't find out that he was questioned, again, I don't know but once he realized Maria was told about the Croppers' suspicions, it was only a matter of time. Let's face it, the Croppers don't lie and everyone knows about Tony's sojourn at the cop shop.

Tony has nothing left to lose now that his beloved Maria knows the truth. He snapped. He nearly killed Hayley but Maria's presence kept him in the shadow. Roy's next and it came to a climax at the canal. It's ironic, that. Tony and Roy's animosity started with bats and it ended with them as well, nearly fatally as the two men grappled and Roy landed in the drink. It looked like it was all over for our hero-in-a-cardie but wait...maybe Tony thought that saving Roy would cancel Liam's murder, his last gesture of atonement since he knew it was over one way or another.

Tony turned himself in and confessed the lot. The door on the jail cell will clang shut and Tony's fate will be sealed. It was inevitable.
Posted by Tvor at 17:26

Good post! I'm very sad to see the Tony storyline drawing to a close. Whether Tony really loves Maria is an interesting one. The basis of their relationship was definitely guilt, but I think he genuinely developed feelings for her and loves her a lot. He seemed a lot happier with Maria than he was with Carla IMO.

Carla seemed more of a possession than a real love. Even Maria, at first... Tony was only trying to keep her off guard and away from her murder theories but i think he was indeed seduced by the happy family and the possibility of atonement.

Loved this post Tvor, agreed with everything you said. I was a bit on the fence about whether he actually loved her but i do agree that it was the ready made family, plus she'd never challenge him really would she. But then again, would that be enough for him? I guess we'll never know now!

Great post but unfortunately here in Jamaica I am subjected to the Canadian feed of Corrie so I won't get to see this for a few weeks yet....can't wait though! Thanks for keeping me ahead of the show:)