Things that irritate me 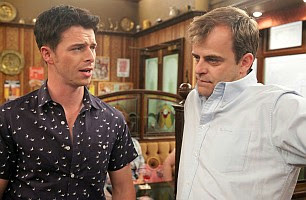 I love Coronation Street and I'm pretty forgiving of it for the most part. Sometimes, though, little things really rub me the wrong way.

Like "Out of Sight Out of Mind". What I mean by that is a character that has left the show is most often never or rarely referred to again even when they normally would be. In the case of Michelle's switched at birth sons, her biological son, Alex, has been forgotten completely. I get that, though, because it's clear the powers that be realized they made a big mistake and would just rather we forget all about it. Ok. It's forgotten. But what about darling Ryan?

Michelle almost never mentions him, not a call or a text. She's getting married and Ryan and Steve got along really well. Why isn't he mentioned? Is he coming back for the wedding? Is he 'eck. Surely if he was, Michelle would have mentioned it by now. Instead, we'll probably get a lame excuse why he couldn't leave the sun and sand for his mother's wedding. Or we'll get some reference to him living in a place to where we were not aware he'd moved, similar to Cilla suddenly pitching up in Wolverhampton after being last seen on the back roads of South Africa. 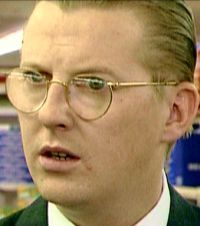 It bugs me that characters that have left the show are not brought back for special occasions, funerals at the very least. Wouldn't Curly Watts have returned for both Jack and Vera's send off? Wouldn't Hilda have come to Betty's funeral? In the real world, of course they would but at least in this sort of scenario, I do understand that the actors aren't always available or the studio doesn't want to pay extra for it. In the second instance, shame on them. Would it break the bank to have one or two actors who are willing to return for one or two episodes? Apparently, Chris Gascoyne is making himselef available for Deirdre's funeral as it should be! Still, if the studio didn't want it, it wouldn't happen and that's a damn shame.

Corrie is often good at giving a call back to something back in the show's history or a character's history, but not always when you would logically expect it. A child has given birth. That happened 15 years ago, too. Why hasn't Gail offered any sort of support or understanding to Anna? Why hasn't Sarah spoken to or offered to speak to Faye? Sarah would know what Faye is going through all too well. Even Bethany, much nearer to Faye's age if vastly different in personality could speak to growing up as the child of a young mother.

Neither Michelle nor Carla seem to bother at all with Maria when she is, in effect, part of their family and her son is their nephew. I wonder if Nick and Maria remember that they nearly got married once upon a time?

These are just recent nit picks and, ok, it's not a major issue, it just seemed like it was time for a little rant. There are always storyines I wish would go away, but I enjoy the show overall. People complain that it's not the same as it used to be. No, it's not. But though I can appreciate the older shows, when I watch them now on DVD, I also think how dull they often are. The humour is more forefront and I miss that. In today's world, though, gentle little shows that depict day to day life without too much sensationalism thrown in don't last very long.

There were always affairs, (*coughKenBarlowcough*) and always scandal brewing. There was even the very occasional murder, kidnapping or accident/disaster. There's just a lot more of it these days but competition is fierce and Corrie has to keep up. People have so much more choice on television and online. Gone are the days when the ratings reflected 13 and 18 million viewers, back in the days of just a handful of television channels available. Numbers will never reach those dizzying heights again. 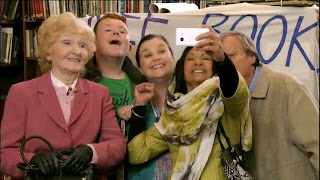 I enjoy Coronation Street even as it evolves and becomes a somewhat different animal than it used to be. Mostly the characters are still reflective of the show's tradition, portraying people you know. The humour is still there, even if in smaller quantities. The quality of writing and acting is still miles better than other soaps most of the time on the whole. There will always be miscasts, and stories that miss the mark but then there always was. I love the show. And I will continue to find little irritations but that's just the way it is.
Posted by Tvor at 08:37